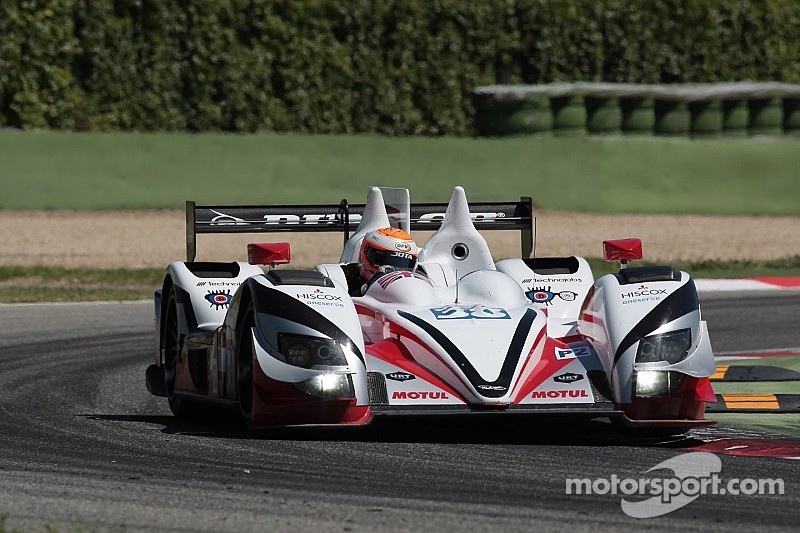 JOTA Sport heads for the third round of the European Le Mans Series at the Red Bull Ring in Austria next weekend (19-20 July) on a crest of a wave and full of confidence.

Simon Dolan and Harry Tincknell are joined again by Filipe Albuquerque for the four-hour Austrian race. The Dunlop-shod JOTA Zytek started from pole-position last year thanks to Oliver Turvey who co-drove with Dolan and Tincknell at Le Mans.

Having led from the start, a stop-go penalty at mid-distance meant only a fourth place finish in last year’s corresponding three-hour race around the 2.688-mile track.

JOTA Sport has started both 2014 ELMS races from “pole”, Tincknell and Albuquerque securing the fastest times at Silverstone and Imola respectively. Meanwhile JOTA Group partner Dolan, who had unluckily suffered contact with a GT3 Ferrari when leading the Silverstone “opener” with less than an hour remaining, drove a storming final stint up against very experienced professional drivers to the chequered flag at Imola.

Dolan/Tincknell/Albuquerque and JOTA Sport start the Austrian race second in the Driver’s and Teams’ standings – eight points off the lead. A grid of 36-cars, including 10 LM P2 sportscars, is expected to contest the four-hour race on Sunday that starts at 1pm (BST).

Simon Dolan (GB). Age 45. Born: Chelmsford, Essex. Lives: Monaco (MC): “I love the Red Bull Ring. We raced there for the first time last year in LM P2 and would have won but for a pit lane speed indiscretion which was most unfortunate.

“The track suits the Zytek quite well with its quick corners and the importance of the traction coming out of the slow ones. It’s also a bit old school in terms of so little ‘get out of jail free’ run off areas – if you go off there you are likely to end up in the gravel. A track like this really focuses the mind.

“Our aim has to be for another win – we need it to go ahead in the championship – but we also can’t ignore the importance of getting a good haul of points, and so staying out of trouble will be equally important.”

Harry Tincknell (GB). Age: 22. Born: Exeter, Devon. Lives: Sidmouth, Devon (GB): “The Red Bull Ring is a high speed track requiring high down force that will suit our Zytek very well. It should be another strong track for us and so we need to take advantage of this fact.

“I have only raced there once before, in Formula Three, last season. I was really fast but had a problem in qualifying and was only 10th but came through to fourth in the race with some nice overtaking moves.

“It's a great track for racing on as there are some really good overtaking places and should be easier to manage the traffic than the tight confines like Imola.

“I'm certainly on a big high from Le Mans and these four hour races that I thought were so long coming from F3 are now going to feel very short after a 24 hour race!

“It's vital we refocus for the task. Despite our non-score at Silverstone, we are only eight points behind the leaders with 78 still available so there is everything to play for.

“After Silverstone, our title aspirations took a dent as there are only five rounds so we lost 20% of our points straight away. We went to Imola knowing we had to get pole and we had to win to have any chance. We did that and with the results elsewhere going in our favour puts us right back in the hunt.

“We will attack the Red Bull Ring race in the same way as Imola. We'll be gunning for the extra point for pole to keep our 100% record going and hunting down another race win – a podium is our minimum target. The way the team and driver squad is performing, we should be able to produce another strong performance.”

Filipe Albuquerque (P). Age 29. Born & Lives: Coimbra (P): “It will be almost two months since I raced the Zytek having done the Spa 6 Hours and Le Mans 24 Hours with Audi Sport Team Joest. I will need some laps to reacclimatise but I’m not worried because I already know our Zytek, JOTA and the track.

“We are in a good championship position but that does not mean we will relax – we are hungry for another victory! The team is highly motivated from recent races.

“My first time at the Red Bull Ring was in 2011 and my last visit was last year – both occasions in DTM for Audi – and I was always fast there. It’s a really nice track with a very smooth surface featuring quick corners and long straights that combine to provide good races.”

Sam Hignett. Partner, JOTA Group: “The Red Bull Ring track is a great track and is good for our Zytek. We started from pole in last year’s race and led until Oliver Turvey was given a 30 second stop-go penalty for speeding in the pit lane – the organisers have subsequently changed the rules!

“We’ll head to Austria with the team and drivers brimming with confidence after a pole and win in the last ELMS race at Imola and a P2 start and LMP2 win at Le Mans. However we’re under no illusion just how competitive ELMS is. We’ll start the race aiming for victory with an eye on the bigger picture as the race plays out.”