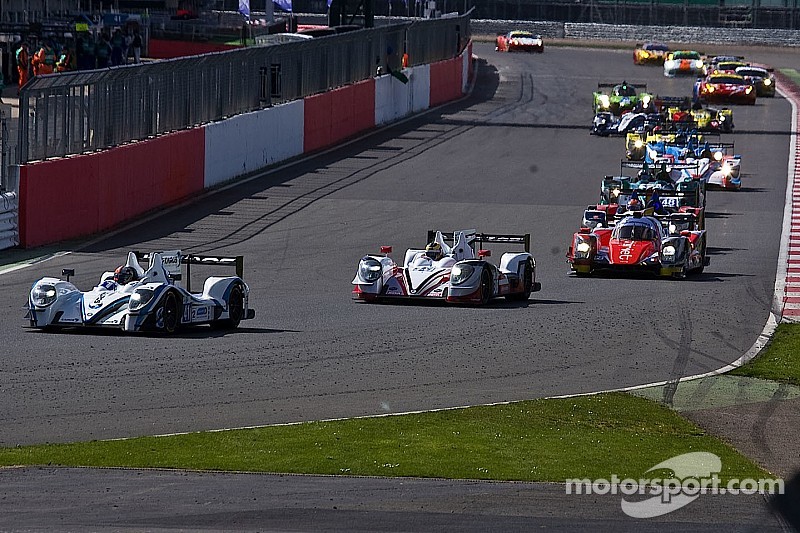 Jon Lancaster ruffled more than a few feathers with his overtaking moves on his rivals in last weekend's ELMS-opening round at Silverstone. Sam Smith takes a closer look at the controversy.

When does forceful yet fair driving become reckless and unfair? That was the question being asked after an entertaining and feisty first round of the ELMS at Silverstone last Saturday.

The closely fought four-hour event was won by the Greaves Motorsport Gibson-Nissan, but while solid performances from Gary Hirsch and Bjorn Wirdheim laid the foundations for the win, it was the team’s third driver Jon Lancaster who grabbed all the headlines.

The 26-year-old impressed with a supreme lap in qualifying to claim pole position for the Greaves squad, which should have come as little surprise to anyone paying attention to his exploits in Formula Renault 3.5 or GP2, or his endurance racing cameos with Greaves at the Bahrain WEC race in 2013 and last year with the Race Performance Oreca-Judd at Le Mans.

But the Yorkshireman, a keen supporter of Leeds United football club, proved that he’s more than capable of dividing opinion on the circuit, much like his chosen team on the pitch.

Lancaster settled into second place behind the Thiriet by TDS Oreca of Tristan Gommendy after taking over the Greaves machine from Bjorn Wirdheim, but was immediately under pressure from a flying Harry Tincknell in the Jota Gibson.

Lancaster defended stoutly, but a delicious move by Tincknell at the Aintree left hander while negotiating traffic seemed to have given Tincknell a free run at Gommendy, who was struggling with tyre wear in the closing stages.

However, with Gommendy in sight just ahead of the Gibson duo, Tincknell was wrong-footed by Adam Carroll’s GTE class leading Gulf Porsche at Copse, and Lancaster was able to get a run on the inside of the first left-hand kink of the Becketts complex.

Lancaster then tried to brave it out on the outside of the right-hand flick, and ever so slightly ahead turned in to claim the line. Tincknell, forced on to the kerbs, then spun and almost collected Lancaster and Carroll.

While Lancaster was entitled to make the move he did, whether he could have given the Jota car a few more inches of space in the process is open to debate. It was opportunistic and ruthless, and it riled Tincknell to the point of fury.

From there, Lancaster soon reeled in Gommendy and was right on the Oreca’s tail with three laps to go. Again, traffic was the trigger as the pair were split by Matt Griffin’s AF Corse Ferrari, Gommendy going inside and Lancaster outside at The Loop.

On the following left turn at Aintree, Lancaster cut back and went for the inside. Gommendy turned in to claim the line and contact was made, the Frenchman spinning out of the lead and Lancaster running wide but emerging with a lead which he would not lose.

The angle that the Greaves car came in at and the fact it was on the inside kerb suggests it was a hugely optimistic move at best.

It was breathless stuff, and yet it was not over. Tincknell caught up to Lancaster once more and the race threatened to boil over for a third time, but as the four hours ticked down, a last ditch effort from Tincknell was not quite enough, and he trailed the Lancaster by three tenths at the flag.

Words were exchanged between Tincknell and Lancaster before the podium ceremony, and they were not complementary. Gommendy too had a volcanic look on his face as the trio were transported together to the new Wing complex for the press conference in complete silence.

“From my side it was pretty simple; it took place where it was impossible to overtake,” was Gommendy’s opinion on Lancaster’s pass for the lead. “If we have the same spirit in the Le Mans race, I think we can have a big trouble, and injuries to drivers.

“It’s not in the spirit of endurance. I was once young like [Lancaster], but never did I do that. If you are a good driver, you don’t have to do that. It’s a shame for him.”

Lancaster was equally direct in his view of the incident, saying: “[Gommendy] had a really bad exit with a lot of wheelspin, and we still had a little bit of tyre left. There was a small gap and I got halfway down the inside, he left a little bit of room but not quite enough.

“I hit the inside kerb and I just glanced him on the way out, but his tyres were that far gone that any sort of contact was going to send him into a spin. It’s unfortunate, but I think it was a racing incident.”

Although the clash between Lancaster and Gommendy was investigated after the race, the stewards took no action, a decision that came as a surprise to many observers and that could set a precedent for the rest of the season when it comes to overtaking manoeuvres in the white heat of battle.

Ultimately, motorsport is a non-contact sport for a very good reason. Silverstone, with its acres of tarmac and gravel run-off is forgiving; the enclosed parkland setting of Imola is less so.

That said, we have to hope that the rivalries formed in a thrilling opening encounter remain unchecked and that the series, which has garnered a reputation for firm, fair and riveting action, continues in that vein for the rest of what should be an engrossing season.