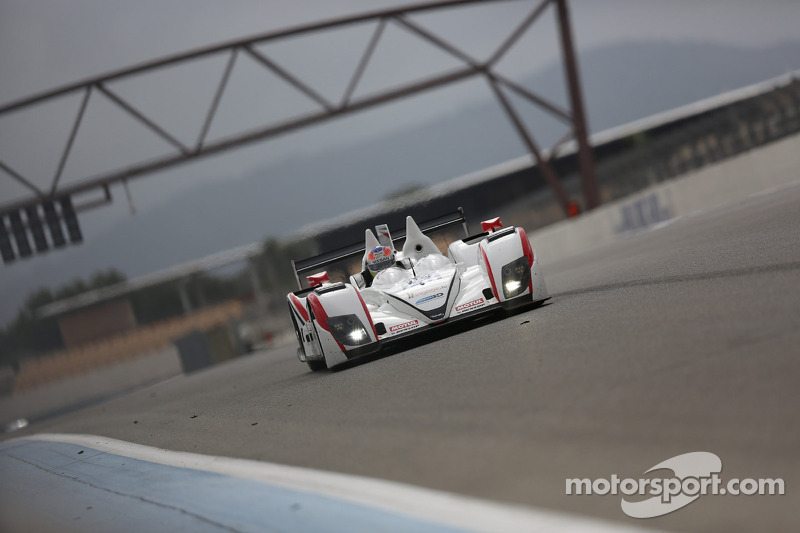 The LMGTE and GTC qualifying session started at 09h45, with the prototypes following on track at 10h15. It was an exciting session and has offered an interesting starting grid.

It's a beautiful day at the Autodromo Enzo e Dino Ferrari today, Sunday, May 18.

The 28 cars which make up the LMGTE and GTC classes took to the track at 9h45 for a 20-minute qualifying session. Following some jostling for position between the No.72 and 81 Ferraris it was ultimately the Swiss Kessel Racing team which took the top spot thanks to a lap time of 1:39.920 set by Matteo Cressoni in the yellow No.81 Ferrari. Andrea Bertolini gave it everything and finished just three tenths of a second behind with the No.72 SMP Racing entry. On the second row of the LMGTE grid will be two other Ferraris, the No. 54 AF Corse entry driven by Marco Cioci which will line up alongside the second Kessel Racing car.

In GTC it will be the new Danish Formula Racing team which will start from class pole position. Dane Mikkel Mac claimed the fastest lap of 1:42.082 aboard the red and black No.60 Ferrari F458 Italia GT3. Two more Ferraris follow – AF Corse's No.95 (Cedric Sbirrazzuoli) and the No.71 SMP Racing (Luca Persiani) – by less than five tenths of a second. While the Ferraris are making their presence known, of note in fourth and fifth places places is the qualifying performance within the same second as the Italian cars of the No.98 McLaren MP4 GT3 driven by Kevin Korjus and the No.93 Porsche 997 GT3R of Pro GT by Almeras. For the record, the fastest qualifying time in the 2013 LMGTE category was set by Matt Griffin at the wheel of the class champions' Ferrari 458 Italia (1:41.994). In GTC, it was the Lamborghini Gallardo LP600 GT3 of Peter Kox who posted a lap of 1:43.752. Suffice to say that the cars and drivers are quicker today under very similar weather conditions to last year.