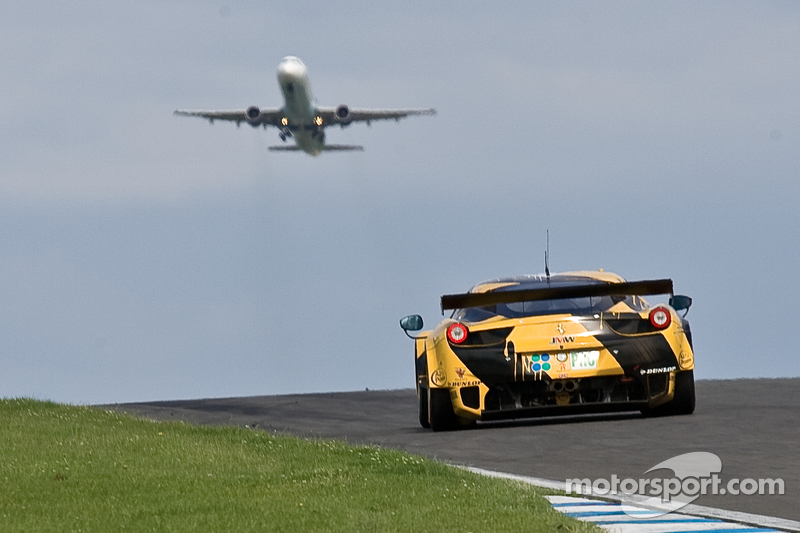 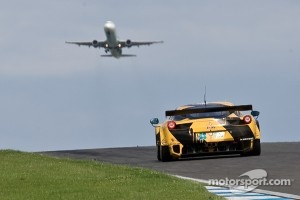 Never let it be said that a small field can't provide plenty of drama in motor racing, and for JMW Motorsport that drama began before a qualifying tyre had turned!

The second round of the European Le Mans Series was the home race for JMW Motorsport held at Donington Park. Friday saw little track time as the circuit was awash after torrential rainfall, but that wasn't to be the only 'water break' of the weekend!

In the early hours of Saturday morning, James Walker was called away as his wife went into labour. With James dashing to the birth, the team's white knight came not on a horse but on the first plane from Copenhagen, as Allan Simonsen stepped into the breach.

Qualifying was (thankfully!) a much more uneventful affair with Jonny putting in a 1:29.328 around the Donington Park circuit.

As Jonny noted "I'm really happy with the pole position. It is a little bit of a strange scenario for us being the only GTE Pro car in the field but the efforts which everybody put in this weekend are just the same as for Paul Ricard and Le Mans. I felt like I did a good job in the car, it was a nice clean lap and it's really cool to be here in Donington this is my home circuit living in the Midlands now. It's a bit of a funny one but a pole's a pole".

Allan, who has raced before for Jim McWhirter and the team in a previous incarnation, safely arrived in the UK on Saturday evening.

However, the inclusion of a new driver to the line-up did see the team relegated to the back of the grid. Starting the race, Jonny made up those places by the first corner and a steady race ensued. A solid first stint from Jonny saw him hand over the car to Allan, who immediately proved to be straight on the pace. Indeed, both drivers kept each other on their toes setting laps within striking distance of the qualifying pace. The lack of on track competition certainly didn't dampen the natural exuberance of the drivers, who drove to the limit and faultlessly throughout. Some silky smooth pitstops by the JMW Motorsport team and the customary superb performance of the Dunlop tyres in almost exhibition style was enough to please the many fans that had turned out to support the team.

On winning this unusual race, Jonny commented "We had a good start, and I managed to get into the lead at the first turn. It was good to have a fight at the start. We've treated this weekend no different to any other. The car was very consistent and very quick. This was still a six hour race, so it was good to finish"

Allan also commented "It didn't take me long to have my bags packed and I know the team very well.It's a shame there weren't more cars, but our car was great and the tyres were good. Even if there had been more cars I don't think the podium would have looked much different."

The second win for the team sees them retain a full bag of points before the next round at Brno on 7-9 September.

Perazzini-Cioci-Griffin are second in GTE Am at Donington