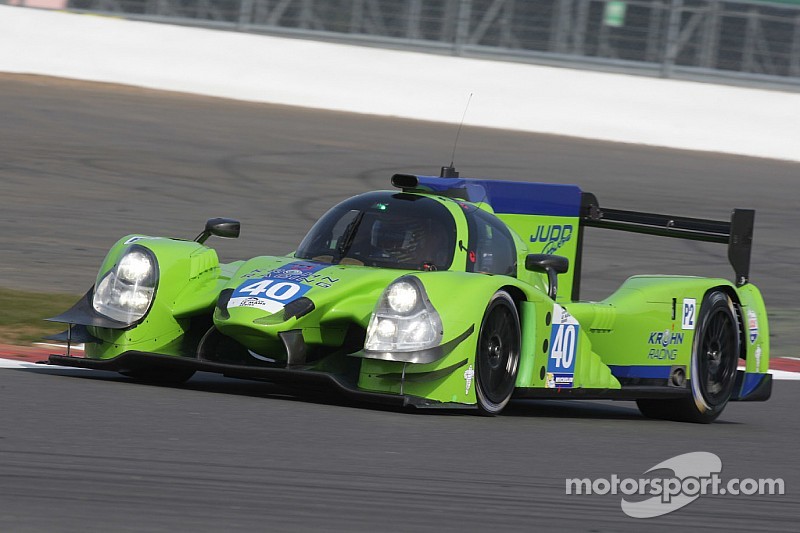 Two Onroak Automotive chassis were entered in the ELMS race at Imola, a Ligier JS P2-Judd and a Morgan LM P2-Nissan.

The second round of the 2015 European Le Mans Series took place this weekend at Imola. Two Onroak Automotive chassis were entered by Krohn Racing and Pegasus Racing who ran a Ligier JS P2-Judd and a Morgan LM P2-Nissan respectively both equipped with Michelin tyres.

After the 20-minute qualifying session on the 4.909-km Italian circuit, Claude and Julien Schell’s Alsatian-based team’s Morgan LM P2-Nissan secured a place on the second row of the grid into the hands of young Léo Roussel!

Krohn Racing used the qualifying session to continue the work begun in free practice, as Tracy Krohn decided to give priority to accumulating the maximum amount of data and experience before the race and thus, set the tenth-quickest time in qualifying.

This year the competition in LM P2 is particularly ferocious and the fields are very rich...

The Onroak Automotive cars were in fifth and sixth places in turn after two and three hours racing in what is a very high-quality European LM P2 field.

The Morgan LM P2-Nissan in the hands of Léo Roussel, David Cheng and Julien Schell, which had been very quick all weekend and had set a searing pace in the race, had to make do with ninth position in the P2 category after suffering front brake problems.

The Krohn Racing Ligier JS P2-Judd and the Pegasus Racing Morgan LM P2-Nissan will be back on the track at the end of the month on Sunday 31st May for the Le Mans 24-Hours test day. They are among the nine Onroak Automotive cars entered for the legendary Sarthe race.

Jacques Nicolet, Onroak Automotive President: “This year the competition in LM P2 is particularly ferocious and the fields are very rich as we’ve seen in the WEC and the ELMS. Krohn Racing is continuing its learning curve in the LM P2 category and has again proved that the Ligier JS P2 is a great choice for a gentlemen driver as well as for a professional. Pegasus Racing’s excellent performance on the Imola circuit confirms the fact that the Morgan LM P2 still has the potential to fight at the front. The next rendezvous is very important for us. The presence of nine Onroak Automotive chassis at the Le Mans 24 Hours Test Day on 31st May among the nineteen cars entered confirms our status and the place we have achieved today on the international endurance racing scene!”