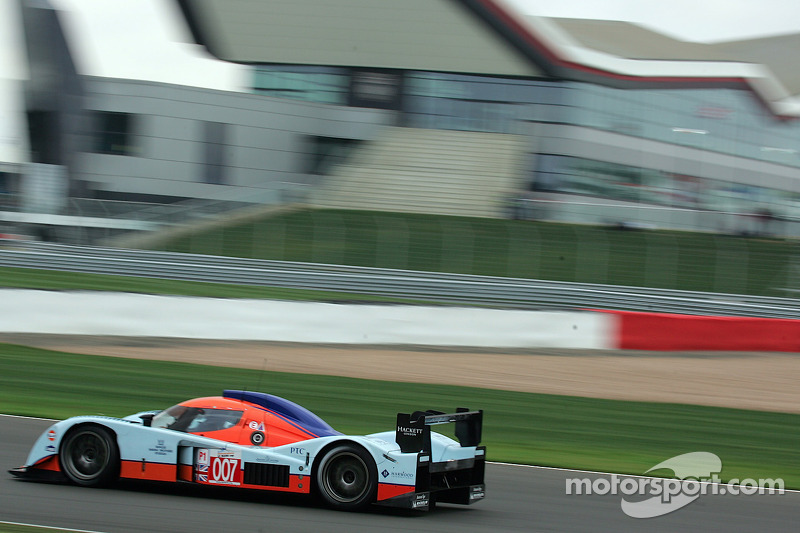 Silverstone, 11 September 2011. Aston Martin Racing has successfully completed the Autosport 6 Hours of Silverstone, round five of this year’s Intercontinental Le Mans Cup and round four of the Le Mans Series. 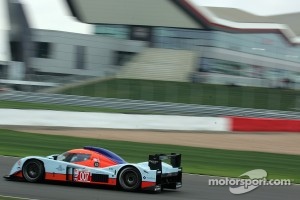 The #007 DBR1-2 LMP1-class prototype, driven by Adrian Fernandez (MEX), Christian Klien (A) and Harold Primat (CH), finished ninth overall with no major problems during this afternoon’s enduro at the Northamptonshire venue.

The V12 petrol-engined car suffered a brief spin which resulted in losing a rear tyre close to the four-hour mark in the hands of Primat after contact with a GT-class car, but otherwise there were no issues.

Aston Martin Racing Team Principal George Howard-Chappell said: “We did exactly what we set out to do today – we ran a consistent, close to drama-free race and enjoyed running the Gulf-liveried DBR1-2 in front of our home crowd again at Silverstone.

“We now turn our attention to next weekend’s American Le Mans Series race at Laguna Seca, where Stefan Mücke will join Adrian and Harold.”

It was a similar story in the GTE-Am class for the Gulf AMR Middle East V8 Vantage of Fabien Giroix (F), Roald Goethe (D) and Michael Wainwright (GB) which, apart from Goethe being briefly stuck on a kerb after a spin early in the race, completed the six-hour marathon in eighth place with no further dramas.