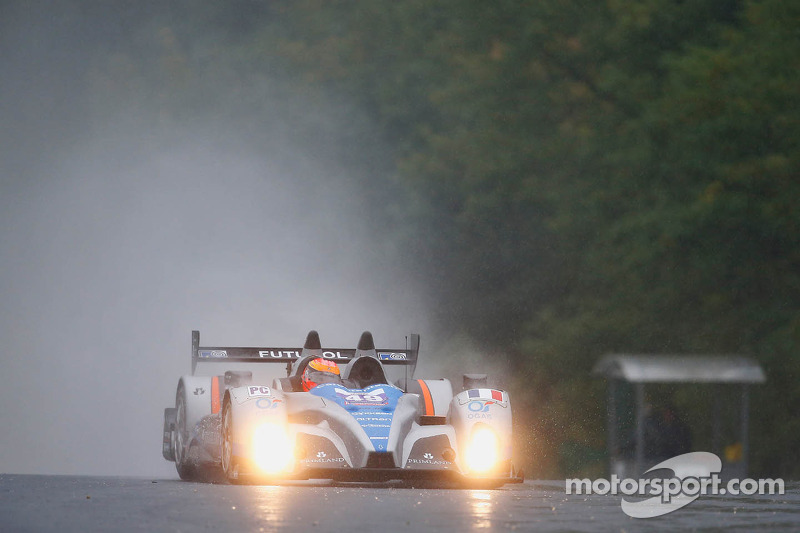 Gary Hirsch and Paul-Loup Chatin continued their winning ways with Team Endurance Challenge. After Imola and the Red Bull Ring, the drivers of the No.49 ORECA-FLM 09 made it three in a row by taking the victory at the 3 Hours of Hungaroring. From pole position, the pair led from start to finish !

At the wheel of the the sister car, Anthony Pons and Soheil Ayari finished in second place despite a slight coming together at the start of the race. Gary and Paul-Loup only need two points to be crowned champions in the LM PC class of the European Le Mans Series. 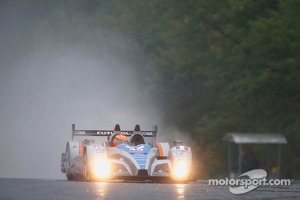 Paul-Loup Chatin (Team Endurance Challenge, ORECA-FLM 09 #49), 1st LM PC : "I had no problems during my double stint. Gary had done the job by having a good beginning of the race. He handed the car over to me in great shape and so I was very careful not to make any mistakes, especially when the rain returned. We were hoping to take the championship title today, but we’re missing two little points. We’ll have to concretize at Circuit Paul Ricard by having a good weekend there. The team once again did a good job."

Anthony Pons (Team Endurance Challenge, ORECA-FLM 09 #48), 2nd LM PC : "I’m disappointed that we lost the race right from the start, but we changed our strategy so that I took the wheel sooner, and from the perspective, I’m happy. I took the track under difficult conditions, with slicks on a very slippery track.

I was a bit nervous the first few laps and I didn’t take any chances. Nevertheless, I started to find my marks and I enjoyed myself after that. I listened to what Soheil (Ayari) had advised me to do and when the checkered flag dropped I would have liked to do a few laps more actually ! This circuit is so technical so I tried to learned all weekend. I hope we’ll have a good fight for the championship at the Castellet for the season finale."


After taking pole position in the morning, Gary Hirsch gets an impressive start. He takes advantage of the difficult conditions, with a very wet track surface, to reach fourth position overall, in the middle of the LM P2 pack ! Driving the No.49 ORECA-FLM 09, the Swiss driver pushes and holds a comfortable lead in the LM PC class.

Meanwhile, the sister car, driven by Soheil Ayari, spins in the middle of the peloton. The No.48 pits to change the diffuser and undercarriage, losing eight laps during the repairs.

Gary Hirsch has a flawless double stint and Paul-Loup Chatin takes over at half distance with a sizeable lead in class. After stopping for several minutes due to a mechanical problem, the No.48 ORECA-FLM 09 of Pro Algarve Racing Team takes second position when Soheil Ayari hands his car over to Anthony Pons in the pits. Anthony is forced to pit again when with an engine cutting out, but still ends the race competitively.

After three hours led from lights to checkered flag, Paul-Loup Chatin and Gary Hirsch come home with a third victory in a row with the No.49 ORECA-FLM 09 of Team Endurance Challenge. The young duo finish ahead of the No. 48 of Soheil Ayari and Anthony, while Pro Algarve Racing Team, with Nicky Catsburg and C.O Jones, did not complete sufficiant distance of the race to be classified.

The next rendezvous for Team Endurance Championship will be at the ELMS finale at the Circuit Paul Ricard, September 28.