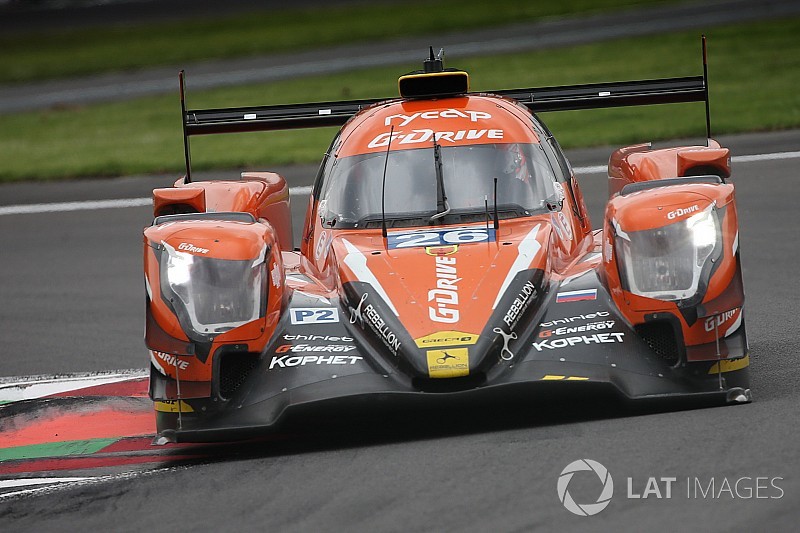 G-Drive Racing has agreed to add a silver-rated driver to its European Le Mans Series LMP2 roster "in the interests of everyone" involved in the championship.

The team has decided to stand down Matthieu Vaxiviere, who was initially part of a contentious all-pro line-up alongside ex-Formula 1 driver Jean-Eric Vergne and Roman Rusinov.

G-Drive was looking to exploit a new rule inserted into the sporting rules for the series this year, which allowed teams to apply for dispensation to run driver line-ups outside of the regulatory requirements.

The rules demand that each LMP2 entry in both the ELMS and the FIA World Endurance Championship must include a silver or bronze-rated driver.

G-Drive technical director David Leach said the team was making a change for the "good of the championship".

"In the interests of everyone, we have agreed with the ACO and the ELMS that we will run a silver," he told Motorsport.com.

"The regulation is there and as a team you always want to do what is best for you, but there is a bigger story.

"G-Drive has been committed to ACO championships since 2012 and we want to do what is best for everyone and have a healthy relationship with our competitors."

The team is now evaluating silver-rated drivers to fill the spot vacated by Vaxiviere - and Giuliano Alesi, son of ex-Formula 1 race winner Jean, has emerged as a contender.

G-Drive gave the Ferrari F1 Academy driver and GP3 regular a try-out aboard an Oreca-Gibson 07 LMP2 during a Dunlop tyre test at Aragon this week.

Said Leach: "He's a young kid with a lot of potential, he went very well considering his level of experience and that it was his first time in a car with that level of performance.

"He's a candidate for the ELMS, along with anyone else who is a silver or a potential silver."

The team, which is partnered with TDS Racing, also gave try-outs to former Rebellion LMP1 driver Alexandre Imperatori and ELMS regular Andrea Pizzitola over the course of the Aragon test.

G-Drive, which decided against a full-season WEC programme this year, is nevertheless taking part in the Le Mans 24 Hours and Spa WEC rounds - for which Vaxiviere was never available, as he will be on duty in the P2 Oreca entered under TDS's own name.

Turvey could return to ELMS with United Autosports