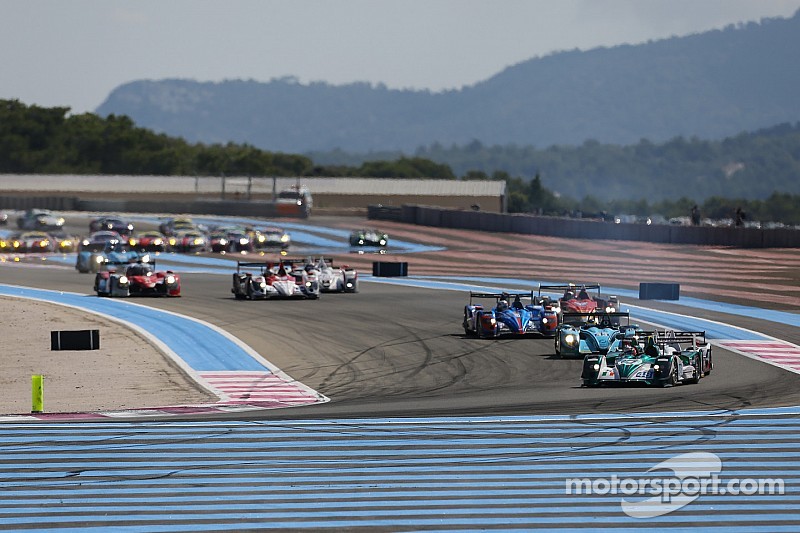 The European Le Mans Series has released the entry list for the official test days in just over two weeks' time to confirm 31 cars will participate at Paul Ricard over 23/24 March.

The two new SMP built BR01 LMP2 cars which are nearing completion at the teams French base are on the list. Confirmed drivers so far are Maurizio Mediani, Mikhail Aleshin, Kiril Ladygin, Nicolas Minassian, Anton Ladygin and David Markozov.

SMP is at Paul Ricard today with one of its existing ORECA built LMP2 cars, collecting Michelin tyre data with Aleshin at the wheel.

Motorsport.com understands that chances of getting two of the new Paolo Catone-designed BR01 cars to the test are 'ambitious.'

The Algarve Pro Racing team which will campaign the ex-Thiriet by TDS Ligier-Nissan this season has GT regular Nick Catsburg as its one confirmed driver so far.

Krohn Racing is confirmed for the test as it goes about putting further miles on its new Ligier JS P2-Judd. Tracy Krohn and Niclas Jonsson are the confirmed drivers at Paul Ricard.

The three LMP3 Ginetta cars attending the test will be two of the Team LNT machines and the SVK by Speed Factory example.

Motorsport.com understands that Ginetta is in a race against time to get the three cars completed for the Paul Ricard test, which will be the first time the new design has run. The design successfully completed its mandatory crash test last week.

The additional four cars for Villorba Corse, University of Bolton, Lanan Racing and Rollcentre are expected to be delivered just before the first round at Silverstone next month.

In the LMGTE class the renamed BMW Team Marc VDS squad has revealed that highly rated Finnish racer Jesse Krohn will join the team for the ELMS campaign. He joins the already confirmed Andy Priaulx and French veteran Henry Hassid.

Motorsport.com understands that Krohn will undertake the majority of the campaign but will be replaced for the Imola round which clashes with a commitment he has for the Nurburgring 24 Hours on the same weekend.