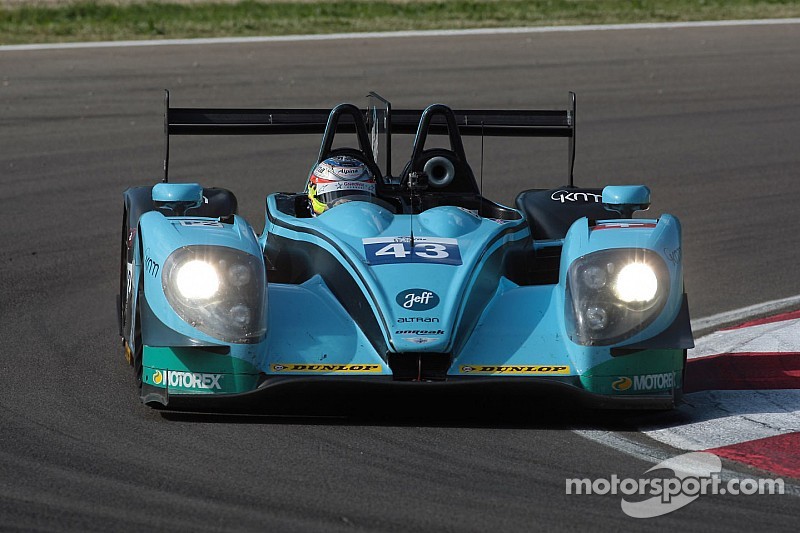 The beautiful weather continued with the glorious sunshine providing an air temperature of 23 degrees and light winds at the Circuit Paul Ricard for the second Free Practice session of the day.  In all three classes the times set during this morning's session were improved upon.

In LMP2 the no43 Newblood by Morand Racing Morgan set the quickest time of the day with Christian Klien recording a 1m49.473 lap, 0.6 seconds quicker than the best time this morning.  This superb time was only four thousandths of a second ahead of the nr38 JOTA Sport Zytek with Harry Tincknell setting a time of 1m49.477.
After recording the fastest lap of the morning session, the championship leading Signatech Alpine could only manage 4th fastest in the afternoon with a 1m49.773 by Nelson Panciatici, just 0.161 behind the no46 Thiriet by TDS Racing Ligier and just 0.001s ahead of the no48 Murphy Prototype.  With less than 0.6 seconds splitting the top six cars in LMP2 the scene is set for a very tense qualifying session tomorrow morning.

In LMGTE it was still Ferrari leading the way but after the no55 AF Corse 458 was quickest this morning it was the no72 SMP Racing Ferrari of Andrea Bertolini that took the top spot with a 1m55.913, 1.420s faster than the best time in the morning. The no54 AF Corse Ferrari of Marco Cioci was second fastest, 0.753 behind Bertolini and 0.089 ahead of the no80 Kessel Racing 458 of Giacomo Piccini, with the no55 AF Corse in fourth.  After finishing third fastest in the morning the no85 Gulf Racing UK Aston Martin Vantage V8 didn't set a time in the afternoon after an engine problem sidelined the British team.

A promising return for the Sébastien Loeb Racing...