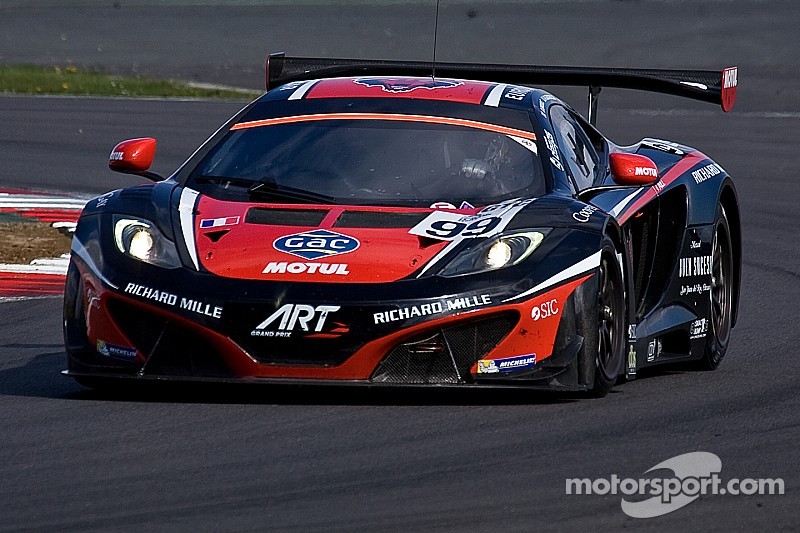 Alex Brundle overcame both critical brake wear and searing hot weather conditions to finish fourth in class and ‘best of the rest’ at round three of this season’s European Le Mans Series – the 4 Hours of Red Bull Ring – in Austria last weekend (July 19/20).

Lining up sixth, co-driver Ricardo Gonzalez was able to maintain the car’s position amongst the GTC frontrunners over his opening two stints before making way for the third member of #99’s driver crew, Karim Ajlani. The Swiss-Syrian proved equally adept during his single run and handed over to Brundle with the McLaren still inside the top half dozen.

As the line-up’s professional driver, ELMS rules permitted the BRDC Superstar only 50 minutes behind the wheel, but he used them to good effect by vaulting up to fourth with the help of some rapid and consistent lap times. Indeed, he was one of only two GTC drivers to dip below the 1m32secs barrier all race long despite having to manage his McLaren’s brake wear, which the team had identified as a cause for concern prior to the start.

With Brundle avoiding those problems and simultaneously establishing a comfortable advantage over his pursuers, Gonzalez climbed aboard for one final, trouble-free, 50-minute stint.

“From the outside I’m sure the race looked pretty uneventful!” confessed Brundle afterwards. “But I can assure you it wasn’t quite as straightforward from the driver’s seat! We knew from the beginning that the McLaren would be critical on brakes, so Ricardo, Karim and I had to be very wary of that. It wouldn’t have been any good going flat-out from the start. Instead, we had to work hard at managing the situation as best we could and find ways of keeping our pace up. The heat introduced an additional element, but collectively we all coped pretty well.

“With all that in mind I was happy to dip into the 1m31s and with my performance overall. The guys did a great job to ensure we were in a position to attack once I climbed in, which is exactly what I did. Catching the three Ferraris ahead was never going to happen; they’re still out of our reach even with the updated BoP regulations, which haven’t addressed our fuel flow restrictor at pit-stops. It’s frustrating not to be challenging for the podium but right now fourth is the best we can probably do, and that’s exactly where we’ve finished in the last two ELMS races.”