Brundle and ART battle back to finish fourth at Imola 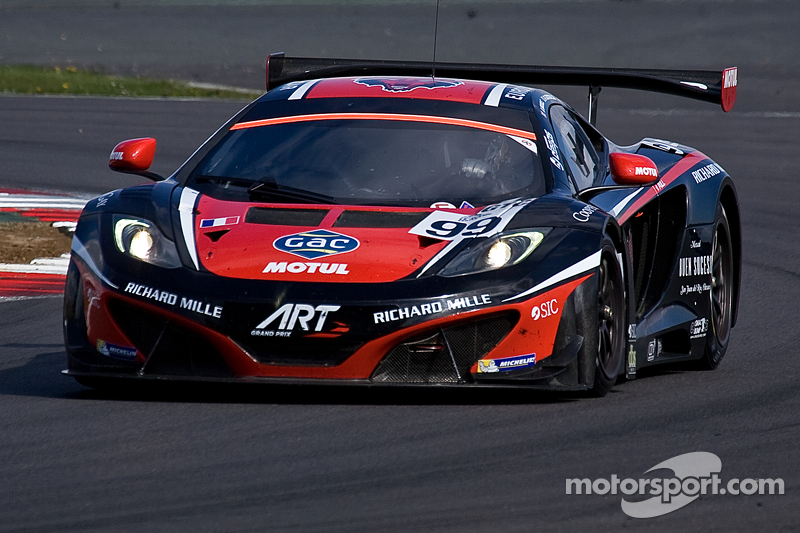 Fastest lap by a McLaren driver and first non-Ferrari finisher.

Alex Brundle just missed out on a GTC class podium finish at round two of the European Le Mans Series – the 4 Hours of Imola – this afternoon (May 18) after a battling performance helped him and the ART Grand Prix squad come home fourth in Italy.

After making a solid start to his campaign at the Silverstone opener last month, the 23-year-old Kings Lynn resident – along with co-drivers Ricardo Gonzalez and Karim Ajlani – fought back to score their second top-five finish together in as many races after qualifying eighth during the morning’s exceptionally tight and yellow flag-interrupted session.

As the line-up’s designated Pro driver, Brundle would have to wait until the final 50 minutes of Sunday’s race before taking his turn behind the wheel. But his strong pace nevertheless made a telling contribution to the final result after he moved the #99 McLaren from sixth to fourth over the closing stages. In part that was thanks to a string of hot laps that were the fastest set by a 12C GT3 all afternoon.

Gonzalez had set the tone earlier in the day with a spirited 45-minute opening stint that helped him hand the car over to Ajlani in a net sixth place. So narrow was the mid-field margin however that the Swiss-Syrian re-joined seventh before engaging in a three-way scrap with the Team Russia by Barwell BMW and Pro GT by Almeras Porsche.

Gonzalez then continued to lap well once he returned to the fray, allowing Ajlani – whose final run was interrupted by a Safety Car period – to give Brundle the car in sixth ahead of his decisive 50-minute stint.

“It’s been a fantastic team performance this weekend and I’m particularly pleased with how well Ricardo and Karim drove,” said Brundle. “It was difficult to find a clear lap in qualifying, which masked our potential even though we were less than a second from pole, so I knew there was an opportunity to move forward in the race.

“I got in knowing that fourth was the best we could realistically achieve, and I probably got everything I could out of the car over those final 50 minutes. I was trading fastest laps with my team-mate Kevin (Korjus, in the team’s sister McLaren) which was essential if I was to catch one of the cars on track and jump another that made its final stop after us. So it was very rewarding to see our potential realised.

“The team has worked hard since Silverstone to find a set-up that makes the car more comfortable to drive for all three of us collectively, but we know there’s still plenty to come. I mean, we’re still losing at least 15 seconds per pit-stop compared to others due to the mandated fuel flow rates, so there’s a massive chunk of time right there. But in terms of the car, I was very pleased with how it felt to drive.”

Brundle will be back in ELMS action with ART Grand Prix at the Red Bull Ring in Austria on July 19/20.

But before then the Briton heads to Le Mans, first for the Official Test Day (June 1) and then the world famous 24-hour race on June 14/15. There, as one of Onroak Automotive’s official development drivers, he’ll be leading the exciting young line-up of Mark Shulzhitskiy and Jann Mardenborough in the OAK Racing-entered #35 Ligier JS P2.

And that’s followed by a trip to Watkins Glen in America with OAK Racing for round seven of the United SportsCar Championship on June 27-29.