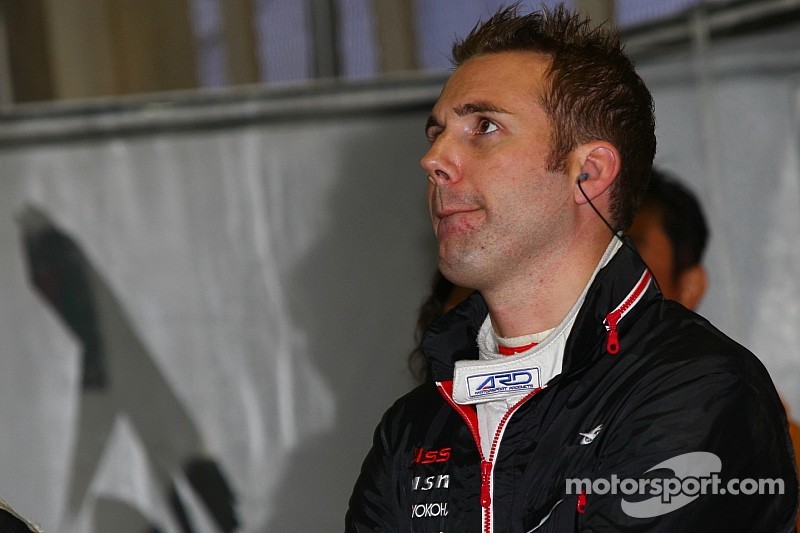 Super GT regular Bjorn Wirdheim is planning a return to European competition with a permanent move into the European Le Mans Series. Sam Smith spoke to him at the WEC Prologue test at Paul Ricard.

For a driver who beat the likes of Vitantonio Liuzzi and Giorgio Pantano to the 2003 International Formula 3000 title, Bjorn Wirdheim was never really given a chance to make an F1 career.

Despite test drives for Jordan and Jaguar, the Swede was forced to make a few Champ Car and Formula Nippon cameo appearances immediately after his title success with Christian Horner’s Arden F3000 team.

After reinventing himself in Japan back in 2006, Wirdheim has competed almost exclusively in Japan in the hugely popular Super GT series, finishing runner-up for the past two seasons in the GT300 class with the Gainer Mercedes team.

As well as this, Wirdheim greatly impressed the Greaves Motorsport team in 2013, when he scored two podiums in four races. The British team asked Wirdheim back for last week's test at Paul Ricard, where Motorsport.com caught up with the 34-year-old to find out what his plans were for a return to endurance racing in Europe this season.

“The racing is great in Japan and I really enjoy the technical aspect of the cars, the people and the Japanese race fans,” said Wirdheim.

“I live in England with my family so the travelling is quite something during the season, but it does not affect me so much as I don’t do too much testing out there now.

“I would love to do the ELMS with Greaves Motorsport this year. I saw some of the races on TV last year and thought ‘I want a slice of that action’.”

Getting back in the saddle

Wirdheim was at Paul Ricard last week to re-acquaint himself with the rebranded Gibson LMP2 chassis, formerly known as Zytek.

“I am here to work with the team and then we will see what happens with who they choose to be in the car," said the Swede.

"Of course I would love to race with them again as they are a very professional and well organised team. It would be perfect as I have good experience with the car.

“I kept in touch with Tim and Jacob [Greaves, father-and-son owners of the team] and I always felt strongly that under the right circumstances it would be a really competitive package with the chassis and engine combination.

“It was actually the first time for me at Paul Ricard and it all went well - we did some engine testing with a new unit and then the other drivers got useful miles. Hopefully I will get a chance in a more competitive environment this season.”

With today’s confirmation that Wirdheim will be at least be racing in the season opener at Silverstone next weekend alongside Gary Hirsch and John Lancaster, it looks as if the Super Swede who was F1’s loss a decade ago will soon be endurance racing’s gain.