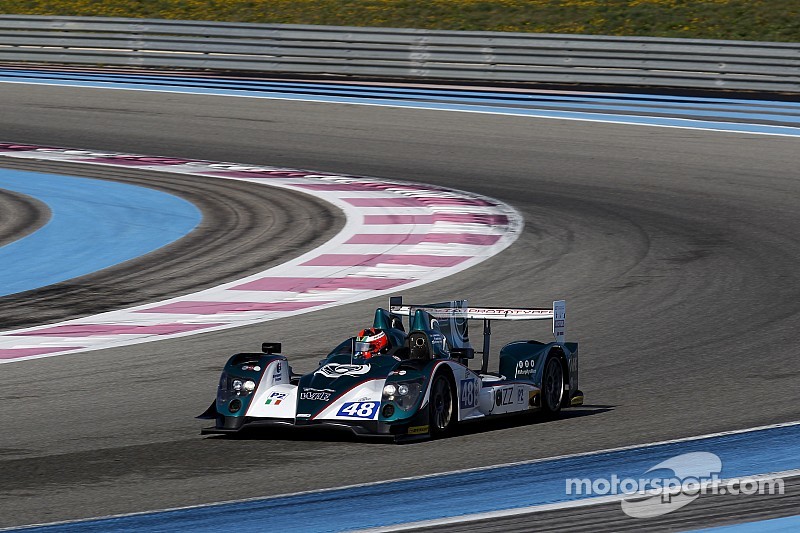 Two of three sessions are down and a Nissan Oreca 03 is on top of the charts piloted by Nathaneal Berthon.

Nathaneal Berthon set the fastest time after two of the three sessions completed at Paul Ricard today. A further two hour window of running is currently taking place and will conclude at 21.00 local time.

Berthon peaked at 1m48.155s, a time that was 0.3s away from last year’s pole position which the Frenchman also set.

Second in the quicker morning session was Jota Sport Gibson 015S driven by Harry Tincknell. The Nissan Motorsport LMP1 driver returned to the car in which he won the Le Mans 24 Hours victory last June.

The Thiriet by TDS Racing team put the first serious miles on the brand new Oreca 05 during the sessions. Tristan Gommendy set fifth quickest time this afternoon with a 1m49.229. 105 trouble free laps were accrued by the French team.

In the LMGTE class Alessandro Pier Guidi’s 1m56.980 was fastest, which was just under a second better than Adam Carroll’s 1m57.926 in the Gulf UK Racing Porsche 911 RSR.

In GTC Eric Dermont lead the way this morning on a 1m58.311s in the TDS Racing BMW Z4 GT3.  Italian, Francesco Castellaci, then claimed the top spot in the afternoon running a 1m58.148s in the #62 AF Corse Ferrari 458 Italia.

Former IndyCar racer Mikhail Aleshin suffered a puncture in the SMP Racing Oreca 03-Nissan and stopped on the track. It was the only significant incident during the daytime running.

SMP are expecting to bring their new LMP2 design to the track tomorrow. The Paolo Catone designed BR01 is scheduled to be shaken down in the hands of Nicolas Minassian among the driving squad.