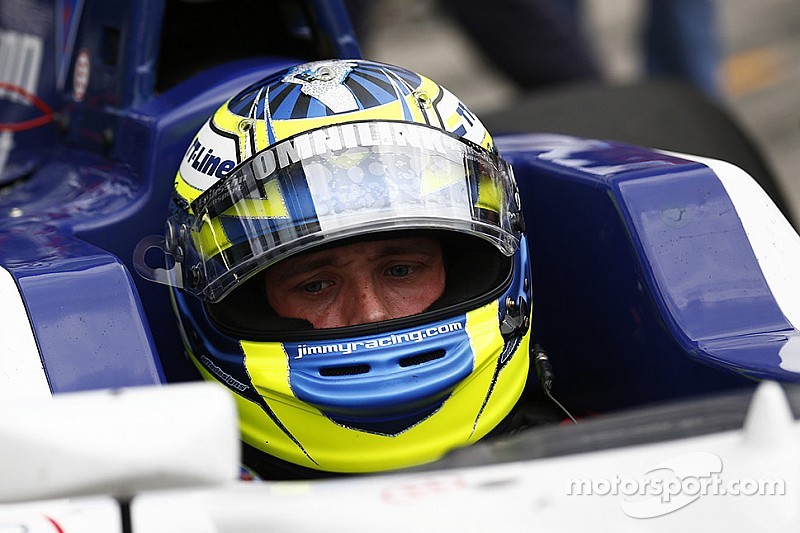 The Alsace-based squad will line up a new duet of drivers for ELMS finale at Estoril.

Following on a promising return to the European Le Mans Series at the 4 Hours of Le Castellet, the Sébastien Loeb Racing now wishes the finale to be an opportunity to confirm the great potential shown in the South of France. With an ORECA 03R still equipped with Michelin tyres, the Alsace-based squad will line up a new duet of drivers.

We want to bring new faces and new young talents to Endurance...

Consistent since the beginning of the season, the Sébastien Loeb Racing has crossed the finish line of most LM P2 races it competed in, actually achieving a podium in Imola and a fourth place finish for its first participation at the 24 Hours of Le Mans. Currently ranked sixth overall, the team hopes to pursue in that good direction with this brand new racing duo. The experienced Vincent Capillaire, who has been competing with the Sébastien Loeb Racing since the beginning of the season, will team up with Jimmy Eriksson. Just like Arthur Pic and Andrea Roda at Le Castellet’s race, the Swedish driver will be making his debut in Endurance.

23-year-old driver, Eriksson is a single-seater expert. His driving skills and speed have been demonstrated many times. With one win in 2009 as part of the Formula Renault 2.0 NEC, he then went onto the German F3 and the F3 Euro Series. 2012 German Champion in F3, with no less than eight wins, he has been racing in GP3 for two years now. He is currently fourth of the competition, having clinched several podiums and two wins.

« Jimmy Eriksson’s participation fits perfectly in the line of the team’s commitment to allowing young drivers with a great potential to race » explains Franck Tiné, Sporting Director. « We want to bring new faces and new young talents to endurance. That’s what we’ve already done not only with Arthur Pic and Andrea Roda in Le Castellet, but also with René Rast at the 24 Hours of Le Mans. Those drivers are very open-minded and they’ve understood how important it is to race with different types of cars.

Jimmy for instance has already proved the good racer he is with some great results in single-seater. He is amongst those very promising young drivers. We’re counting on him for this finale in Estoril. He’ll have to quickly adapt but there’s no doubt he’ll be able to do so. We clearly wish to confirm the great potential we’ve shown in Le Castellet. Together with Vincent Capillaire, that’s an interesting duo. »

Though he is already familiar with Estoril’s racetrack, Jimmy Eriksson will be taking his first steps in the European Le Mans Series, with the ORECA 03R and generally speaking in Endurance. « I was straight away very interested in the opportunity to race for the Sébastien Loeb Racing » says the Swedish driver. « I am involved in GP3 and my goal is to race in F1, but I don’t want to close any doors. Endurance is a direction I’d be interested to follow in the future. Racing in the European Le Mans Series, with a professional and high-level team, together with driving an LM P2, will be two enriching experiences.

LM P2’s performances are great and I think it’ll be nice to sit at the wheel of one of those cars. I want to learn as much as I can alongside my teammate and the engineers. I also want to do my best and hope to get a good result. It will be my first laps with the car, but fortunately I’ve had the opportunity to drive a lot at Estoril before, in practice sessions. I know that track comprises some fast turns and technical parts. I shall be able to concentrate mostly on discovering and getting familiar with the ORECA 03R. »

Following on two free practice sessions on Saturday October 18th, the qualifying will take place on Sunday 19th at 10:00 (local time). The race will start at 13:30