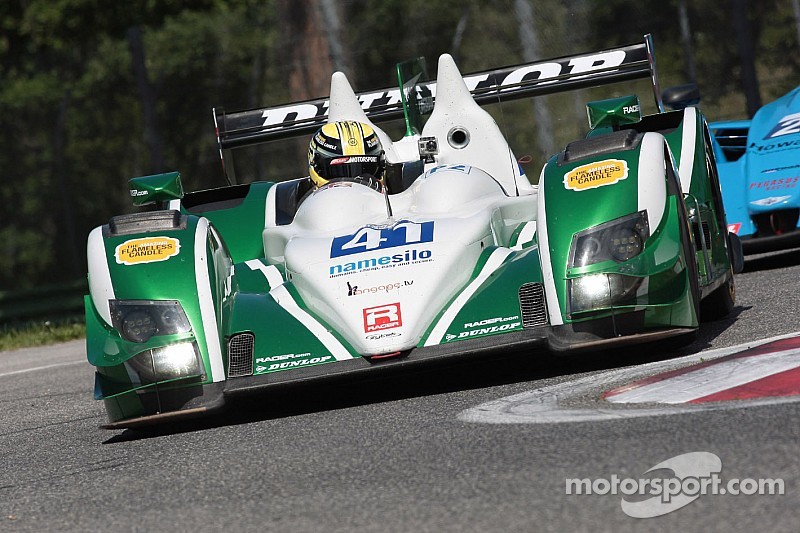 A race that provided widely different results for the team.

The fourth round of the 2014 European Le Mans Series was held at the Circuit Paul Ricard, down in the Provence region of the South of France. For Greaves Motorsport's two Nissan-powered Zytek LM P2 prototypes it was a race that provided widely different results, with one car finishing fifth after a strong performance, while the other was retired on lap one after an accident.

#28 Starting from eighth place on the grid, which was not truly representative of the car's potential, Mark Shulzhitskiy, the Russian GT Academy graduate, drove a strong first stint making up three places before handing over to his team mate, Luciano Bacheta. In a double stint, Bacheta continued the good work, rising to as high as third at one point in the race and closing in on the race leader.

It was an unfortunate start to the race for #41, but that is motor sport, you have to deal with the problems as well as the successes.

Shulzhitskiy took over for the final two stints on the route to the Chequered Flag, the question for the team was to take on new tyres and push for third or consolidate and settle for fourth? As racers the choice was obvious, the former not the latter, and once again the car ran as high as third in the final hour and was cruising to a secure fourth before dropping to fifth on the final lap as fuel ran low.

#41 Matt McMurry started from two places behind his team mate, having Qualified the car for the first time. He was involved in an accident in at the first corner after contact from behind in the bumpy braking zone, the resultant damage forcing the Zytek into its first retirement of the season.

Team Principal Tim Greaves: “That was a tense race that was a flat out sprint for four hours with half a dozen potential winners, the level of competition in the European Le Mans Series this season is very strong.”

“It was an unfortunate start to the race for #41, but that is motor sport, you have to deal with the problems as well as the successes. Matt will return stronger as a result of this, as a driver myself I know that the trick is turn a negative into a positive and I know that Matt will do just that. Johnny Mowlem joined the team for the race replacing Chris Dyson, who had other commitments.

He will have to wait another day to get his long awaited début with Greaves Motorsport. As would be expected Johnny settled into the team well and showed good pace in the short time he had in the car. We hope he can join us in Estoril.”

“Both Mark and Luciano showed good pace in the race and a podium was within reach for much of the afternoon, however the fuel problem on the last lap dropped us to fifth, which was disappointing considering our performance up to that point. A cold beer was our only consolation prize and even that was not just reward for the efforts that the team put in at the weekend.”

Team Manager Jacob Greaves: “A mixed day for the team but we will bounce back. Our partners, Zytek, Nissan and Dunlop all made significant contributions and the guys working in the team did their usual stellar job. We are looking forward to the final race of the season at Estoril next month.”