A new ELMS title for the ORECA LM P2 chassis ! 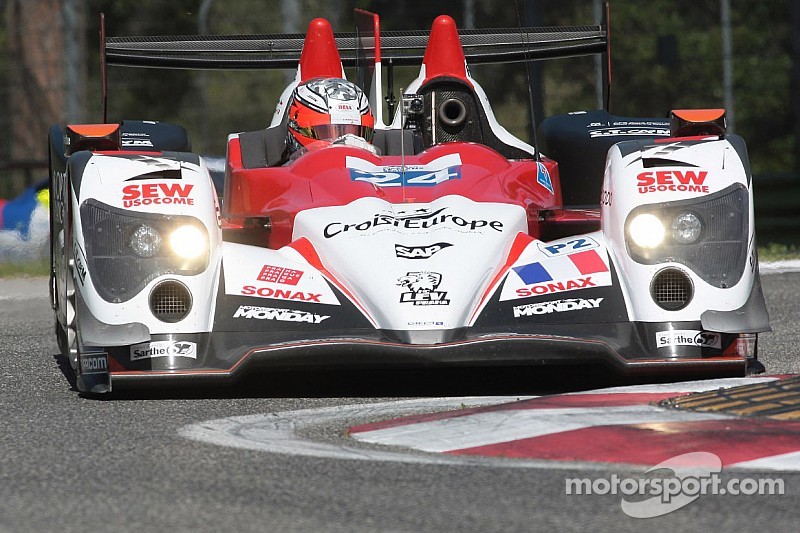 Signatech-Alpine won the title again on the Teams rankings and Sébastien Loeb Racing clinched victory at the 4 Hours of Estoril.

New successes were added onto the already impressive prize list of the ORECA LM P2 chassis, last weekend, at the European Le Mans Series’s final race. With Vincent Capillaire and Jimmy Eriksson at the wheel of the ORECA 03R, the Sébastien Loeb Racing clinched victory at the 4 Hours of Estoril, also claiming ORECA chassis’s 21st win in the LM P2 category !

Moreover, with drivers Nelson Panciatici, Paul-Loup Chatin and Oliver Webb racing with the Alpine A450b, a car designed and built by ORECA, Signatech-Alpine won the title again on the Teams rankings. It is the third consecutive year that a team racing with an ORECA chassis achieves a title in the ELMS.

Those successes are also shared with the engine department, based in Magny-Cours, and in charge of the preparation of the Sébastien Loeb Racing’s and the Signatech-Alpine’s V8 Nissans.

In March 2011, Signatech’s team was the first one to shine with the ORECA 03. That took place in Sebring, first claiming a pole position and then finishing on the podium. A few months later, the squad won the Intercontinental Le Mans Cup. Last year, Philippe Sinault’s team achieved Drivers’ and Teams’ titles in the ELMS, with the Alpine 450.

This year, “les bleus” managed to keep their titles, following on a rich season : a win, two podiums and twice in the Top 5 in five races only ! However the final race stood as a tough one for Nelson Panciatici, Paul-Loup Chatin and Oliver Webb. Third on the starting grid, then quickly second, the trio was in the lead of the 4 Hours of Estoril on many occasions but unfortunately was awarded two penalties later on. With a fifth-place finish with the Alpine A450b, Signatech-Alpine still managed to clinch the two titles in play.

"I am very happy and very proud of the great job the team did" says Philippe Sinault, Team Principal. "Defending a title is a difficult thing. Therefore it’s all the more satisfying to see that we’ve been able to maintain ourselves as leaders on the European scene. We’ve made further progress, always racing for victory and each time opting for the right strategy.

Despite a difficult final round, the team remained calm and serene, as it has always been since our podium at the 24 Hours of Le Mans. Thanks to Alpine for putting trust in us. Together we’ve shared some thrilling moments. It’s been hard at times, but we’ve loved it... We’re looking forward to next year ! "

Just as for Signatech-Alpine, this triumph was also the second in a row for Nelson Panciatici who had already won the title in 2013. However it was a first for Olivier Webb and Paul-Loup Chatin, LM PC Champion last season.

Whether under the names of ORECA 03 and 03R or Alpine A450 and A450b, last weekend marked a 21st win for the ORECA LM P2 chassis ! A new team had a taste of victory in Estoril : the Sébastien Loeb Racing. With duo Vincent Capillaire and Jimmy Eriksson, Sébastien Loeb and Dominique Heintz’s team delivered an excellent performance.

At the sixth place on the starting grid, the ORECA 03R No.24 gathered momentum as the race went on : a perfect strategy together with the fact that they made no mistakes allowed the Alsace-based team to win for the first time ever in this series.

"We’ve always won a race each season in every car that we’ve run, so it was very important for us to win in LM P2 also. This is a great achievement as we’ve now claimed victory in every category we’ve raced in. I am very proud of the team." says Technical Director Léo Thomas. "For sure we had some difference in pace this weekend, so we knew we would have to race without mistakes, just like we did in Imola.

In the end, it was the perfect race – we made no mistakes. The drivers were perfect, we had great pit stops and a good strategy. The pace was still not as quick as the competition but our clean race got us the win. This is the perfect end to our season."

With a fourth-place finish in Estoril, Race Performance is finally ranked fifth in the championship. Irish squad Murphy Prototypes, crossing the finish line in sixth place in Portugal, posted the fastest lap time in race, showing once again how competitive the ORECA 03R is.

ORECA’s customer service now remains focus on the last three rounds of the FIA World Endurance Championship. Indeed, SMP Racing is in the lead of the LM P2 Teams Trophy as the next race meeting in Shanghai is about to take place. As for Sergey Zlobin, he is currently the leader of the LM P2 Drivers Trophy.

"After this ELMS’s final race, we cannot but be happy" admits ORECA’s Director Hugues de Chaunac. "The championship has been keenly contested therefore we are very proud of our customer team’s results. Well done to Signatech-Alpine for these back-to-back titles ! They, as a team, have been trusting us since 2011. With a superb race, the Sébastien Loeb Racing is now one of the teams to have won with our LM P2 chassis. We are truly delighted. Our prototype has been successful on practically all racetracks on all continents, defending the colours of many different squads.

"Being able to share victories was what we had in mind when launching the ORECA 03 in February 2011. There’s one world title left to claim and we are going to bring all our support to SMP Racing and KCMG in this quest. It is highly motivating since our design bureau is currently finalising our brand new LM P2 closed-cockpit which will be making its debut in 2015."

Against all odds, Alpine secures the European title once again!

Pegasus Racing is about to spread its wings!