A combative Thiriet by TDS Racing team for 2015! 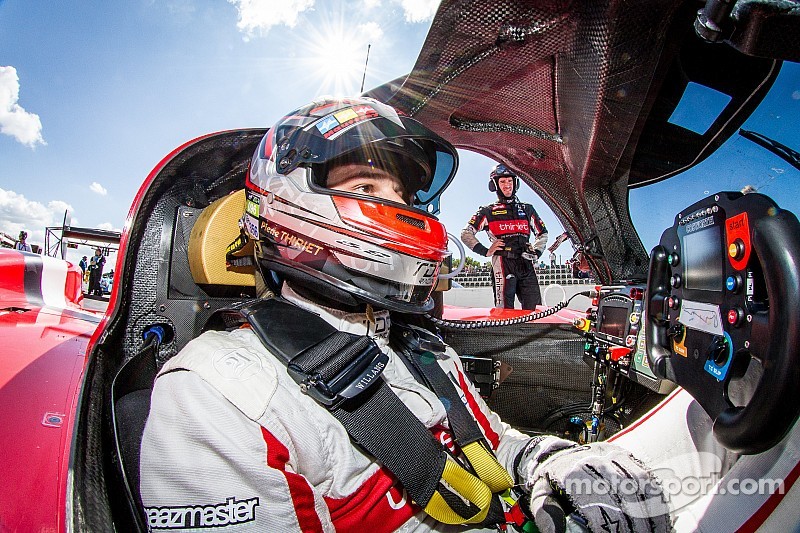 The Thiriet by TDS Racing team is honoured to once again rely on its technical partners...

Relying on its partners and drivers, the team will play its loyalty card this season. Notwithstanding, the team will have a different chassis supplier!

The TDS Racing team started in Endurance in 2011 with the Oreca Group. This association did not take long before winning six races (including 2002 Petit Le Mans), two European Le Mans Series titles in 2012, a vice champion title in 2013 as well as the 2nd place in LM P2 at the 24 Hours of Le Mans in 2012!

This collaboration has been renewed through the entry of the brand-new closed prototype, the Oreca 05. The car will benefit from the latest innovations and technologies developed through its previous cars.

The title in European Le Mans Series will be the objective of the season. To achieve it, the Thiriet by TDS Racing team will trust its usual and faithful technical partners. Nissan, the famous Japanese engine supplier, will power the chassis which will compete with the Dunlop tyres!

The Thiriet by TDS Racing team will be able to rely on the experience and the speed of Ludovic Badey and Pierre Thiriet who have renewed their confidence to the team. In 2014, the line-up got themselves famous for winning the 4 Hours of Silverstone. They also stood out at the 24 Hours of Le Mans with the pole position, the second fastest lap time and the second place in LM P2!

The French team wants to make the colors of its loyal partners sparkle at the European rounds as well as at the 24 Hours of Le Mans (if the Selection Committee of the Automobile Club de l’Ouest accepts its entry). The team would run its 4th 24 Hours of Le Mans in a row.

Thanks to their common experience, the men of the Thiriet by TDS Racing team and the Oreca Group have already started to work together and this synergy lets foretell good results for 2015.

Xavier COMBET : "I am delighted to announce our collaboration with the Oreca Group. We will have the new prototype, the Oreca 05, for the whole European Le Mans Series season as well as for the 24 Hours of Le Mans if the Selection Committee honours us by accepting our entry.

We know perfectly well it is a very new car but the technical qualities of Oreca are not to be proved anymore. Thanks to our good relationship and common successful past, I am sure victories are about to come.

The Thiriet by TDS Racing team is honoured to once again rely on its technical partners which have been trusting the team since the beginning of its history in Endurance: Nissan as engine supplier and Dunlop for the tyres. We can also count on Pierre Thiriet’s loyalty and Ludovic Badey’s for our line-up! The third man will be announced soon!"

Ave Motorsports and Riley working together on LMP3 coupe