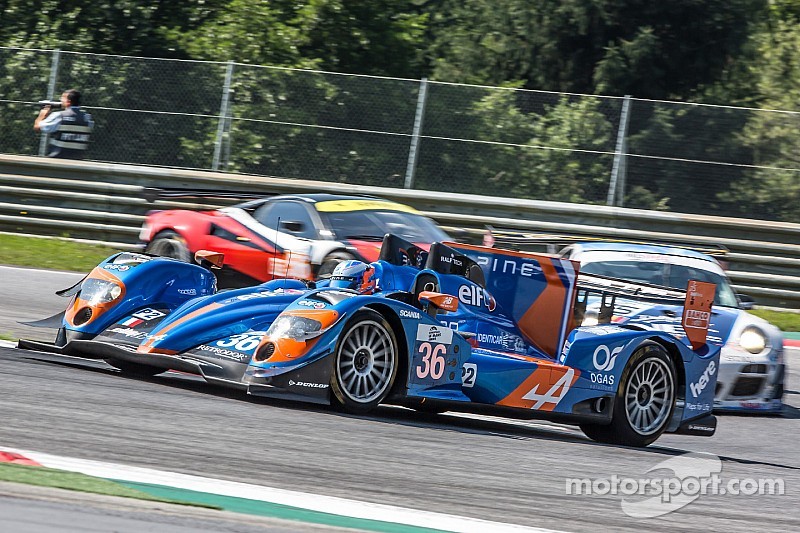 The victory has vaulted Alpine into the lead of the European Le Mans Series title standings just two rounds from the end of the campaign.

A month on from its podium success in the Le Mans 24 Hours, the Alpine A450b returned to the track at the Red Bull Ring in Austria for the third outing of the 2014 European Le Mans Series.

Having lapped fifth-fastest during free practice on Saturday, Signatech-Alpine proceeded to qualify on the third row of the grid, a mere 224 thousandths-of-a-second adrift of the front row.

After taking the start from fifth position, Nelson Panciatici went immediately on the attack and had already advanced to third by the end of the opening lap.

Relentlessly aggressive through the traffic, Nelson was still in third place when he handed over the wheel to team-mate Paul-Loup Chatin, after which the Alpine A450b continued its progression up the order. Paul-Loup had moved into second by the time he made his first refuelling stop and by mid-distance, he was in the lead.

An enthralling duel ensued with the Jota Sport entry, which had recently prevailed in the LMP2 class at the Le Mans 24 Hours. Following a number of lead changes, Paul-Loup completed his triple stint in second place. After picking up the reins, Oliver Webb needed only six minutes to redress the balance and reclaim top spot. The Briton went on to take the chequered flag just over 12 seconds to the good.

This first triumph of the season resulted in the Marseillaise ringing out around the Austrian Alps – and catapulted Signatech-Alpine into the lead of the Teams’ standings!

Bernard Ollivier (Alpine Director): “It’s a nice nod to history to see Alpine rediscover the summit and add a new victory to its CV in the Alps! The team demonstrated the approach that has always been so much in evidence in Alpine’s projects, characterised by a tremendous fighting spirit and will to win. This success was achieved by the whole group – and in style!”

Philippe Sinault (Signatech-Alpine Team Principal): “Everybody in the team has worked extraordinarily hard all weekend to achieve this fantastic result – so I must congratulate the team in its very broadest sense. We were not necessarily the quickest in free practice, but together, the drivers and engineers succeeded in reducing the deficit. By the same token, we adapted our strategy to give ourselves the best possible chance of winning. Nelson made an exceptional start to the race and was able to stay in touch with the leader. Paul-Loup then maintained the same excellent rhythm throughout his three stints despite the intense heat, whilst Oliver regained the lead and drove the car home to victory at the end. We pushed when we needed to and saved fuel when we could. We had worked hard before the race to improve our pit-stop procedure, and that similarly played a role in the final outcome. This is a great victory for the entire team, achieved with panache – but we cannot afford to rest upon our laurels. There are still many contenders in the mix for the title. Our objective was to remain in the hunt, and by heading into the next race leading the championship, we are clearly in a strong position...”

Nelson Panciatici: “I knew that I needed to make a really good start and keep in touch with the leader, and I fought hard to stay as close as possible… Paul-Loup and Oliver both drove brilliantly during their stints, and the whole team deserves to be congratulated. Even more than the performance, it was the manner in which we achieved this victory that is particularly satisfying!”

Paul-Loup Chatin: “The team did a fantastic job, and our strategy immediately gave us a head-start over our rivals. We took the right risks at the right moments, and staying in the car for three consecutive stints was the correct choice. We’ve got a lot of momentum behind us right now!”

Oliver Webb: “Following back-to-back podiums, this is my first win with Alpine and we’re leading the championship to-boot! Our pit-stops were perfect, for which the entire team deserves a big pat on the back. We can now spend the summer at the top of the championship table, which gives us even more motivation as we prepare for the remainder of the season, when the objective will be to retain this position.”

The next European Le Mans Series round will take place on September 13-14 at Paul Ricard in France – where last year, Signatech-Alpine clinched the championship crown.