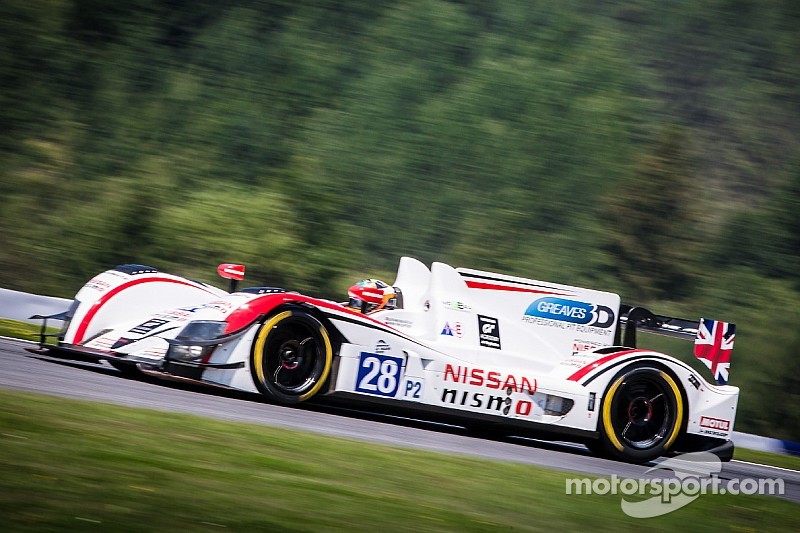 Portuguese Miguel Faisca to make his LM P2 debut at ‘home’ in Estoril.

London, UK – This weekend the final European Le Mans Series event takes place at Estoril in Portugal and Nissan will be there to celebrate 30 years of NISMO with the fans of Le Mans racing. This event also sees the LM P2 debut of 2013 GT Academy Europe winner and local man, Miguel Faisca.

Nissan will help to bring the excitement of Le Mans racing to Estoril through its sponsorship of this event. On Saturday and Sunday fans can go along to the circuit entrance to test drive the Nissan product range and the first 200 fans to do so will receive Nissan VIP passes for the event.

“It’s good to see another NISMO Athlete take the next step up the ladder,” said Darren Cox, Global Head of Brand, Marketing & Sales, NISMO. “As always we will be watching to see how he performs as it’s important for us to build our drivers into top line racers for our premier racing activities. Lucas Ordonez showed them all how it was done this year when he moved up to Super GT so let’s see what the next generation can do.

I don’t feel any added pressure because I’m racing at home but I do know that the move to LM P2 is a big step,

I’m also very pleased to see that the guys at Nissan Portugal are making the most of the opportunity of Le Mans racing coming to Portugal and showing the fans what Nissan is all about. Innovation and excitement for everyone is what we are all about and that will be reflected this weekend.”

Portuguese NISMO Athlete, Miguel Faisca, is set to follow in the footsteps of Lucas Ordonez, Jann Mardenborough and Mark Shulzhitskiy when he jumps into the No.41 Greaves LM P2 car at Estoril.

Like the previous GT Academy winners before him, Miguel has been learning his craft in the Nissan GT-R NISMO GT3 in the Blancpain Endurance Series. His first experience of LM P2 will come during the first practice session at Estoril but he will be ready after preparing with lots of simulator training.

“I'm very excited to be racing in LM P2,” said Faisca. “I didn’t think this would happen only a year after winning GT Academy so to also be doing it at my home track is fantastic. This will be the first time I will race in Portugal and it will be interesting to see how many spectators we get during the weekend. I think the interest in circuit racing faded a little when F1 left Estoril but over the recent years the interest has grown again.

“I don’t feel any added pressure because I’m racing at home but I do know that the move to LM P2 is a big step,” he continued. “I will do my best and try to learn as much as possible. It’s important for me to stay out of trouble and concentrate on putting in consistently fast racing laps.”

Russian GT Academy winner Mark Shulzhitskiy is already honing his craft in LM P2 and he is hoping for a podium finish in Portugal in the No.28 car.

“We have the potential to get on the podium for sure but I don’t like to predict results as you never know what is going to happen,” said Shulzhitskiy. “I have found these races very useful as they have given me time to learn more about driving a P2 car. I understand the technical side much better now so it’s easier to work on the set up of the car with the team.

The 4 Hours of Estoril gets underway this Sunday at 13:30hrs local time.