No fewer than 29 cars will be on the grid for the third round of the European Le Mans Series season.

In 10 days’ time the European Le Mans Series will be back in action at the Red Bull Ring, an excellent circuit situated in the Styrian Alps between the small town of Zeltweg and Knittelfeld.

No fewer than 29 cars will be on the grid for the third round of the season. In the series’ top category 10 teams will be entering 10 LMP2 prototypes. Thiriet by TDS Racing, current championship leaders, will be planning to retain their No.1 spot with the team’s ORECA 03 Nissan driven by Pierre Thiriet and Swiss Mathias Beche.

The Swiss Morand Racing team, proud of its performance at the 24 Hours of Le Mans with 5th in LMP2, will be entering the No.43 Morgan Judd for Franck Mailleux and Natacha Gachnang. Meanwhile, Jota Sport, which has had a great start to the season, will be looking for victory with the No.38 Zytek Z11N Nissan of Simon Dolan and Oliver Turvey, while the other Zytek Nissan run by Greaves Motorsport will also be on the grid in Austria. 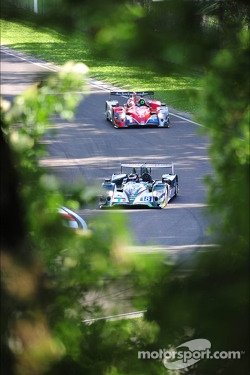 Three other ORECA Nissans will take the start of the 3 Hours of Red Bull Ring: Brendon Hartley at the wheel of the No.18 Murphy Prototype entry, Michel Frey and Patric Niederhauser in the No.34 Race Performance car and Austrian Dominik Kraihamer and Germany’s Thomas Holzer in the No.4 Boutsen Ginion Racing entry.

The Russian SMP Racing team showed itself well in the second round of the season in the GTC category, and has decided to add a prototype to its ranks. The team will run Maurizio Mediani and Serguey Zlobin at the wheel of a fifth ORECA 03Nissan in Austria, the No.37.

Signatech Alpine is still progressing the story of the return of the Alpine name to endurance racing. It will enter its No.36 Alpine Nissan for the French duo Pierre Ragues and Nelson Panciatici. Finally, DKR Engineering has entered the sole Lola B11/40 Judd for the Austrian round which will be in the hands of French drivers Olivier Porta and Stéphane Raffin.

In the LMPC class, Team Endurance Challenge will line up with three Formula Le Mans ORECA 09 cars, Nos. 47, 48 and 49 respectively driven by Alex Loan, Anthony Pons and Soheil Ayari, and Paul Loup Chatin and Gary Hirsch. The young duo in the no 49 Oreca are currently leading the points table for the class. A fourth FLM09, coming from Portugal and run by the Algarve Pro Racing Team, will make its debut in the European Le Mans Series. The driver pairing will be made up of Briton C O Jones and German Nick Catsburg.

For this third round of the season, there are six teams competing in LMGTE and the class is made up of nine cars coming from two manufacturers. Ram Racing will have its two Ferrari 458 Italias, Nos.52 and 53, which will be driven by Johnny Mowlem and Matt Griffin and the North American pairing of Gunnar Jeannette and Frank Montecalvo. 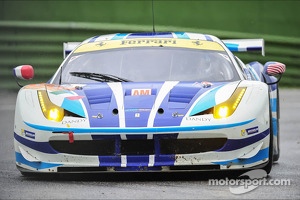 AF Corse also has two F458 Italias and the original line ups of Yannick Mallegol, Jean-Marc Bachelier and Howard Blank will be in the No.54 while Piergiuseppe Perazzini, Marco Cioci and Federico Leo will be in the No.55. The fifth car from the Prancing Horse stable will be the No.66 of JMW Motorsport with the regular duo of Andrea Bertolini and Joël Camathias at the wheel.

Four Porsche 911 GT3 RSRs will complete the entry list in the LMGTE category in Austria. Patrice Milesi and 2013 24 Hours of Le Mans LMGTE Am class winner Jean Karl Vernay will be partnered in the No.67 IMSA Performance Matmut, while François Ferrodo and Emmanuel Collard will find themselves once again in the No.75 of the Belgian ProSpeed Competition team.

Proton Competition of Germany will be adding an additional car for the Austrian round and the No.88 Porsche will be driven by the all-Austrian trio of Horst Felbermayr, Horst Felbermayr Senior and Klaus Bachler. The No.77 will once again be driven by Christian Ried, Gianluca Roda and Porsche works driver Nick Tandy.

In GTC, all the teams who were at Imola will be racing in Austria: Kox Racing, with the single Lamborghini Gallardo LP600 GT3 for Peter Kox and Nico Pronk, the sole BMW Z4 on the grid from Ecurie Ecosse with Ollie Millroy, Andrew Smith and Alasdair McCaig. The Momo Megatron DF1 Audi R8 LMS will be of interest locally with the Swiss Raffi Bader, Belgian Dylan Derdaele and Polish driver Kuba Giermaziak.

Three Ferrari 458 Italias will round out the list of GTC entries with AF Corse’s No.62 (Andre Rizzoli, Stefano Gai and Lorenzo Casè) and the two from SMP Racing – No.69 driven by Fabio Babini, Viktor Shaitar and Kirill Ladygin, winners at Imola, and the No.72 of Devi Markozov and Alexander Frolov.

These are the 29 cars, 11 manufacturers, 68 drivers and no less than 14 nationalities which will be represented on the grid for the third round of the European Le Mans Series for the 3 Hours of Red Bull Ring in Austria on 19/20th July.

This event will take place alongside the seventh round of the World Series by Renault. It promises to be a dynamic weekend of racing for all spectators and guests.