The Electric GT organisation has delivered its first race-ready Tesla Model S P100DL to SPV Racing, the first team to confirm its entry into the 2018/19 Electric Production Car Series.

The delivery consisted of the first race specification version of the P100DL road car, which has been transformed to compete in the new category, and took place at the Barcelona circuit.

The EPCS is scheduled to start its first eight-round 2018/19 season at Jerez in December.

When the series was first announced in March 2016, it was set to feature a grid of Tesla's Model S P85 variant, but Electric GT has since decided to use the more powerful P100DL type that the American manufacturer began producing nearly two years ago.

The car has been converted by the championship's technical partner QEV Technologies, which runs the race team for Mahindra in Formula E and has the Campos Racing squad as part of its shareholding.

As well as racing brakes, suspension and safety technology, the EPCS P100DL uses body panels made from natural composites produced by Bcomp.

Bcomp specialises in lightweight composites similar to carbonfibre, but can be made translucent, which EPCS will use to produce LED panels that will feature live car and driver data.

"In August 2016, Tesla presented this P100DL, and it very quickly was proven to be the fastest accelerating car you buy," Mark Gemmell, CEO of EPCS organiser Electric GT Holdings Inc, told Motorsport.com.

"And we just thought 'well that is such a serious statement, that has to be the car that we're racing'.

"We said 'we need to get the balls-out fastest car there is' and that was that.

"The differences are relatively minor - but being more powerful meant we wanted to upgrade the brakes, the suspension always needs to be improved [for racing].

"And at the same time the FIA advanced their safety specs, so we had to change the extinguisher, the netting.

"We also wanted to use the composites from Bcomp - the first [EPCS car] was built with carbonfibre - and we said 'let's build the car out of their natural fibre."

"The equivalent from McLaren or whatever, that's double the money. And the spare parts are bargains in comparison."

When asked about more teams joining the grid for season one, Gemmell said that "right now, we've got four very interested teams".

"There's three others that are warming up," he continued.

"If three or four more teams were to approach us, we'd basically be saying 'it looks like we're going to be filling the roster very soon'."

EPCS also announced that its inaugural season would end at the Vallelunga track on October 27-28 2019 - which leaves one round of the season yet to be confirmed.

LVP [League of Videogame Professionals, by MEDIAPRO] was also revealed as promoter of the Electric GT eSports series that will accompany EPCS events. 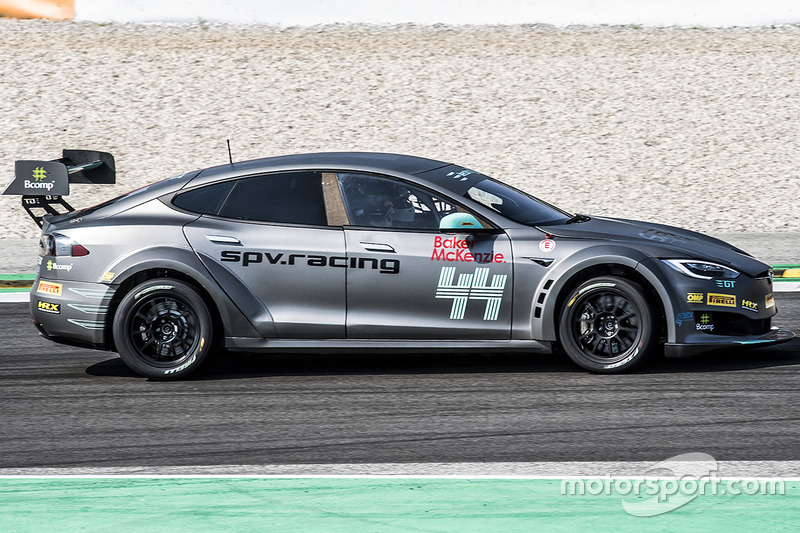