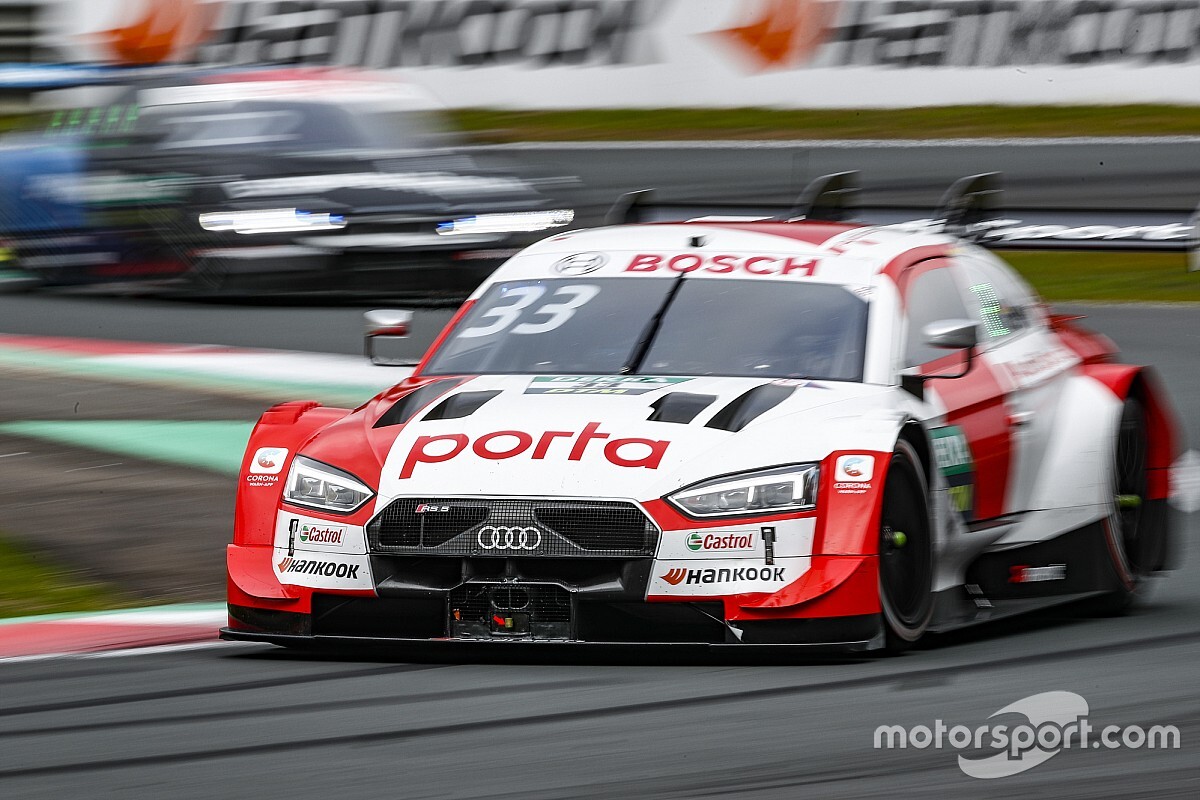 Rene Rast edged Ferdinand Habsburg to claim pole position for the first of this weekend's Zolder DTM races, as championship leader Nico Muller struggled on his way to eighth.

Having won the previous two races at Zolder last weekend, Rast stayed near the top of the timesheets throughout the 20-minute qualifying at the same venue on Saturday, locked in a close battle with Habsburg.

The two-time champion set the first competitive lap of the session with a 1m19.737s to move atop the leaderboard, but that was quickly usurped by Habsburg in a WRT-run customer Audi.

Rast fired back with a 1m19.013s to reclaim the lead, only for Habsburg to take provisional pole with the fastest time of the weekend - a 1m18.877s.

However, the qualifying tilted back in Rast’s favour after Habsburg failed to improve on his previous run, allowing the factory Audi driver to eclipse his time with a last-gasp effort of 1m18.843s.

Habsburg settled for second, equalling his best starting position of the 2020 season, while Robin Frijns qualified third in the best of the Abt Audis.

Jonathan Aberdein put his BMW on the second row of the grid with a time of 1m19.119s, less than three tenths off the top spot, with Rast’s Audi Team Rosberg teammate Jamie Green not far behind in fifth.

After recording his best race finish of the season last weekend at Zolder, Harrison Newey qualified a strong sixth in the second of the three WRT Audis, beating the second BMW of Philipp Eng.

Muller’s one-lap struggles at Zolder continued as he recorded his worst qualifying finish of his 2020 campaign in eighth, nearly six tenths down on Rast and three tenths slower than his own teammate Frijns.

With Rast claiming his fifth pole of the season, Muller’s championship lead has shrunk to just seven points ahead of Race 1 on Saturday.

Fabio Scherer made it three WRT Audis in the top 10 with the ninth fastest time of the day, beating the factory Audi of 2013 champion Mike Rockenfeller.

Three-time Le Mans 24 Hours winner Benoit Treluyer, deputising for Loic Duval at Phoenix Audi, qualified three seconds off the pace in 16th position, having managed to complete only a single run in qualifying.

How real is the Honda MotoGP threat at Aragon?