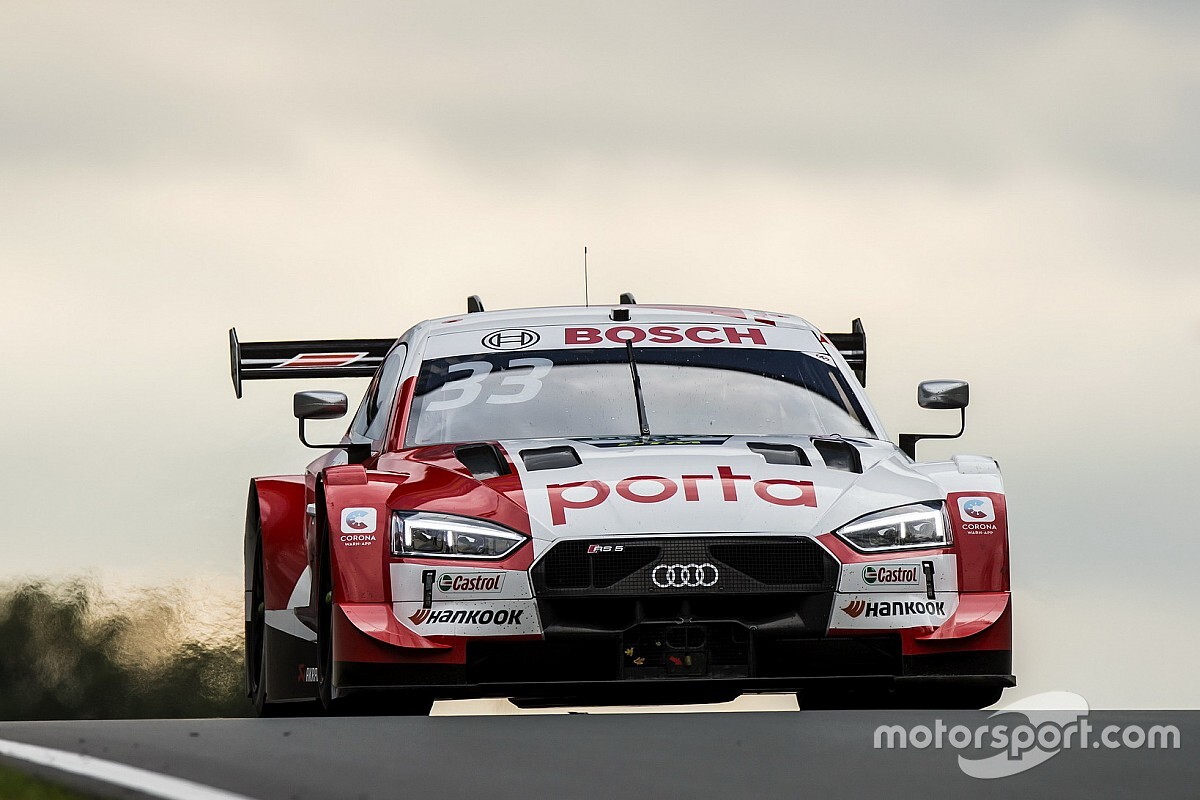 Audi driver Rene Rast claimed his fourth pole position of the 2020 DTM season at a damp Zolder circuit on Saturday, usurping BMW’s Timo Glock with a last-gasp effort in qualifying.

Following overnight rain, the 20-minute session began with visible wet patches on track, but the conditions steadily improved as the session went on.

Audi’s Mike Rockenfeller was the first driver to break the 1m30s barrier, setting a time of 1m29.700s halfway through qualifying to take the top spot.

That was quickly beaten by his Audi stablemate Rast, who lowered the benchmark further to 1m29.446s to claim provisional pole after the first runs.

After the drivers returned on track on fresh tyres for the final part of the session, Glock took the baton from Rast, lapping the circuit in 1m29.333s in a session that had been thereto dominated by Audi drivers.

Glock was even quicker on his final lap, setting a purple time in sector two, but a mistake exiting the final chicane meant he failed to improve on his previous time.

That gave two-time champion Rast the perfect opportunity to snatch the top spot from Glock and, after losing time behind Sheldon van der Linde on his penultimate lap, he improved to 1m28.947s on his final flyer to put himself on pole.

Glock’s second place, however, marked the first row start for a BMW driver in 2020, with fourth place being the marque’s best result in qualifying in the opening six rounds of the season.

Robin Frijns finished nearly half a second down on Rast in second in the lead Abt Audi car, but still comfortably ahead of teammate and championship leader Nico Muller, who could qualify no higher than seventh - his worst qualifying result of the season.

BMW’s Marco Wittmann will start alongside Frijns in fourth, with Rockenfeller and van der Linde (BMW) making up the third row of the grid.

WRT Audi’s Harrison Newey shined in wet conditions to secure his joint-best starting position of the season in eighth, while BMW’s Lucas Auer and Audi driver Loic Duval - who lost his best time to a track limits infringement - rounded out the top 10.

ART BMW driver Robert Kubica qualified nearly 2.5s off the pace in 15th, only ahead of fellow rookie Fabio Scherer in the WRT Audi.