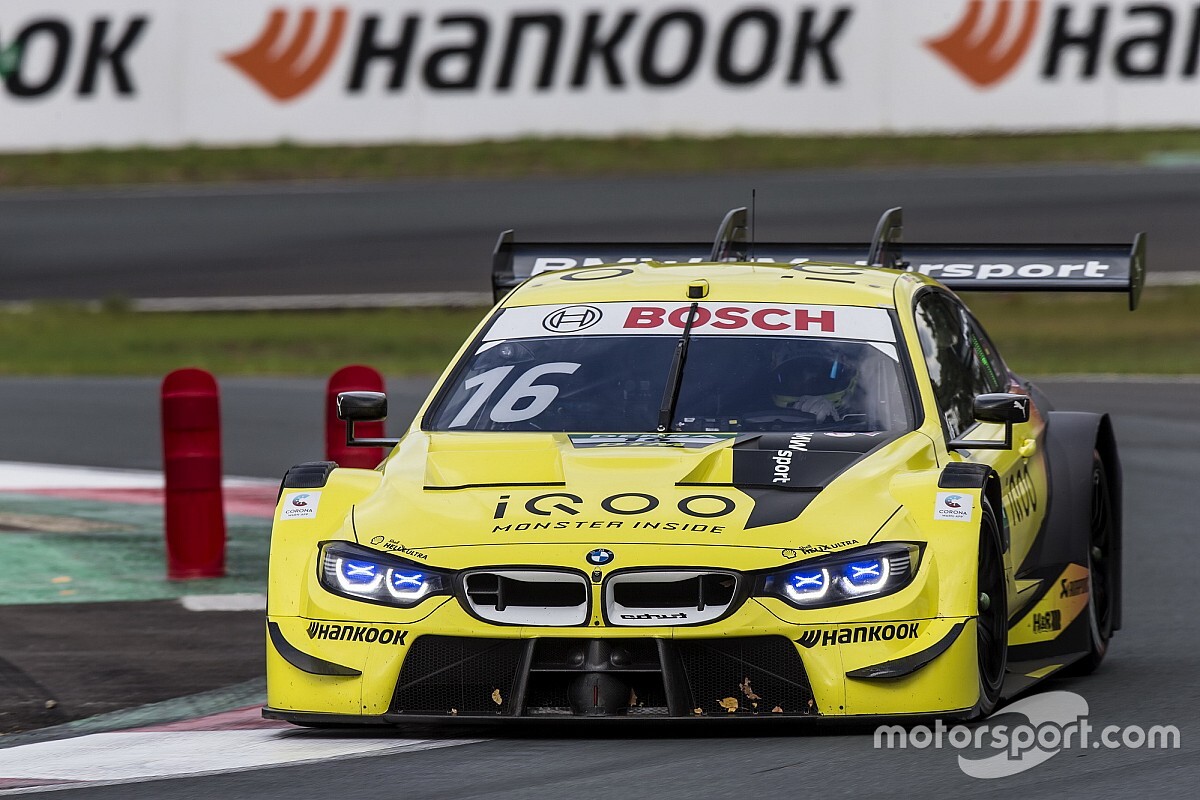 In conditions very similar to Saturday morning in which Rene Rast beat Glock to pole, the times continued to tumble throughout qualifying, dipping into 1m28s right at the dead end of the 20-minute session.

But Glock turned the tables after pitting for fresh wet tyres in the second half of qualifying, setting purple times in both sectors 1 and 2 to lap the circuit in 1m28.960s and put himself at the top of the timesheets.

When Rast returned on track he could only gain a tenth over his previous lap time, allowing Glock to claim his first pole in the category since Hockenheim in 2018.

Sheldon van der Linde moved up to second with his last-gasp flyer of 1m28.983s, securing a shock front-row lock out for BMW in a season that has so far been dominated by Audi.

Rast slipped to third in the final order, ahead of the WRT Audi of Ferdinand Habsburg who put in a strong performance to qualify fourth quickest.

Jamie Green, who retired from Saturday’s race, finished fifth after running near the front throughout the session, beating 2013 champion Mike Rockenfeller by over two tenths.

The Abt Audi duo of Muller and Frijns didn’t have the pace to match the leading drivers in tricky conditions, both qualifying over half a second down on Glock in seventh and eighth respectively.

The top 10 was rounded by the BMWs of Jonathan Aberdein and Marco Wittmann.

Formula 1 race winner Robert Kubica finished 13th fastest in an ART-run customer BMW, beating the factory BMW of Philipp Eng as well as the WRT RS5s of Fabio Scherer and Harrison Newey, who had his best lap time deleted due to a track limits infraction.