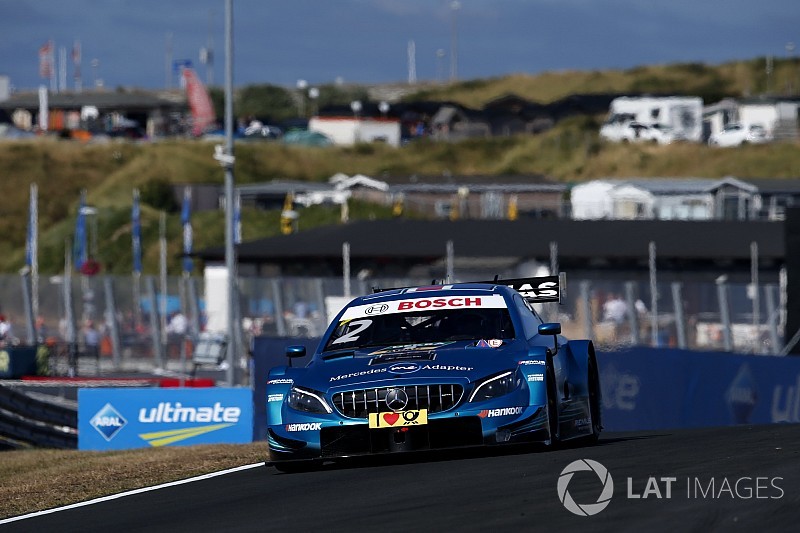 Mercedes driver Gary Paffett extended his advantage at the top of the DTM standings as he topped Sunday qualifying at Zandvoort.

The Briton thoroughly dominated the session en route to his second pole position of the weekend, having converted first place on the grid into victory on Saturday.

Paffett logged comfortably the best effort of the weekend with his very first flying lap in the 20-minute session, a 1m30.225s putting him almost half a second clear of his nearest rival, BMW's Philipp Eng.

His advantage held until the second runs, and while Paffett himself was unable to improve, his pole came under no threat.

Eng's initial effort was good enough to keep him on the front row, although Audi's defending champion Rene Rast came within half a tenth of demoting the Austrian.

Rast had not set a representative time on his first run but shot up the order late on, his effort meaning that the top three on the grid will feature all three of DTM's manufacturers for the first time in 2018.

Pascal Wehrlein was fourth, having had a trip through the gravel at the Tarzan left-hander after setting his best laptime early on, while Mercedes stablemate Paul di Resta slotted in behind in fifth place.

Mike Rockenfeller made it two Audis in the top six, ahead of BMW duo Bruno Spengler and Augusto Farfus and Mercedes pair Edoardo Mortara and Lucas Auer.

Joel Eriksson, who struck the barriers with his BMW after going off in Sunday morning practice, made it out of the pits with five minutes to spare in qualifying, and took 14th place.

He was three spots ahead of Timo Glock, BMW's lead driver in the points standings.

Audi's Robin Frijns had also hit trouble in FP3, pulling over to the side of the road with what Audi believed was an electrical issue.

He headed out for an initial run in qualifying, but did not emerge for a second time and finished last.