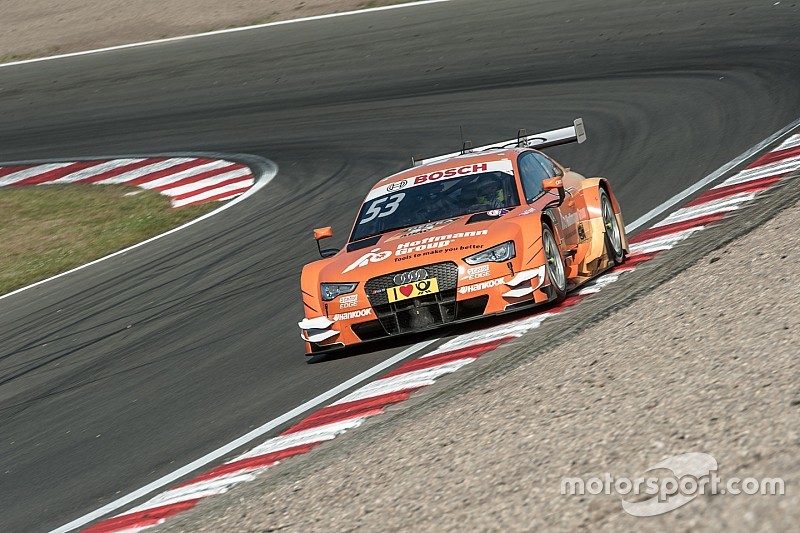 Audi's Jamie Green topped DTM's Sunday qualifying at Circuit Park Zandvoort, but could yet lose pole due to speeding in the pitlane.

The Audi driver found himself under investigation by the stewards in the closing minutes of the session before vaulting up the order with a 1m30.696s lap.

Should he be cleared of wrongdoing, Green will have become the first repeat poleman of the season - but if the Brit does get a grid drop, compatriot Gary Paffett will take over out front.

No competitive times had been set by the four-minute mark of the session but one driver was already out of contention - Mercedes man Dani Juncadella, having gone off in the gravel at Turn 8 and causing a red flag stoppage.

The running resumed in a few minutes, when the Spaniard's C63 DTM was cleared, and Christian Vietoris led the opening set of laps.

The German had set the early pace and improved to a 1m31.497s by halfway point, his time matched exactly by Audi's Edoardo Mortara a few seconds later, with BMW's Marco Wittmann making it three different marques represented in the top three.

But, just like on Saturday, times improved drastically in the closing minutes of the session, with Green's sole push lap giving him provisional pole and Paffett coming up less than a tenth short.

Debutant Rene Rast, who received a last-second call-up to sub for Adrien Tambay after the Frenchman's injury in Race 1, was 22nd out of 24.

UPDATE: Green has received a 250€ fine for speeding in the pitlane, having exceeded the 60 km/h limit by 5km/h. He thus keeps his second pole position of the year.

Zandvoort DTM: Green makes most of strategy for Sunday win