Factory BMW driver Marco Wittmann has reiterated calls for the DTM to equalise pitstop speeds between different teams after losing victory at the Red Bull Ring to Liam Lawson.

The two-time DTM champion led the opening stages of Sunday’s race from Lawson having qualified his Walkenhorst BMW on pole position for the second time in three events.

But the German driver was powerless to prevent the Red Bull junior from overcutting him after the AF Corse mechanics were able to service the Kiwi’s Ferrari in just 6.8s - 1.9s quicker than the time Walkenhorst took to change all four tyres on Wittmann’s M6 GT3.

The 31-year-old spent the majority of the second stint trying to repass Lawson and even got a great run exiting the final corner on the last lap, but was eventually forced to concede defeat by 0.215s.

Speaking after the race, Wittmann called on the DTM to bring pitstops under the purview of Balance of Performance, saying losing the race in such circumstances was “hard to swallow”.

This follows the AF Corse team debuting a new pitstop philosophy in the season opener at Monza, which was subsequently adopted by all Mercedes crews from Lausitzring onwards.

Using this technique, the mechanic operating the wheel gun first loosens the front wheel, but, instead of waiting for the fresh tyre to be fitted by another mechanic, he runs straight to the other side of the car, completing the entire procedure on the rears. He then swiftly returns to his original position, tightening the wheel at the front.

Teams affiliated with other manufacturers cannot copy the same pitstop sequence as used by Ferrari and Mercedes, as their cars do not come with a locking ring that ensures the wheel nut on the front tyre doesn’t become loose before the mechanic tightens it.

Wittmann said: “We lost the place on P1 in the pitstops which is a bit of a shame. This has been a bit of a topic the whole season pretty much that the Mercs and the Ferrari have an advantage with the way they do their pitstops.

“Obviously it's a bit hard to swallow to lose the win like that, because there is obviously an average time loss of 1.5-2 seconds roughly pretty much each pitstop to them and it was clearly the win decider, so at the end I’m pretty frustrated.

“But still Liam did a good job I have to admit. He stayed out of any mistakes and there was no chance for me to attack at the end. We had similar pace, both cars.

“At the end we lost the race pretty much on pitstops, which in my eyes should be a topic for the future in terms of BoP pitstops maybe, because I have to say the BoP between the cars is pretty good and if you look qualifying, it's all super tight.

“But obviously if you have a pitstop timing difference of maybe two seconds it's hard to gain these two seconds in such a close field. “ 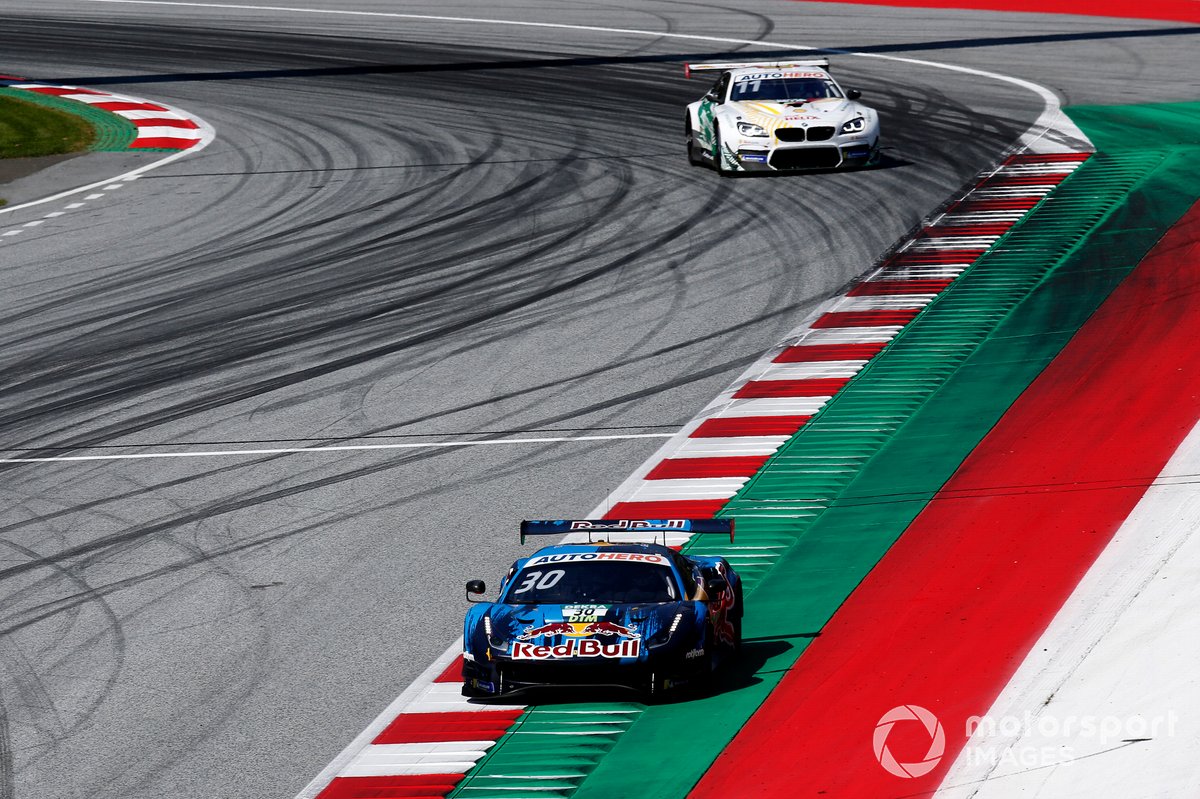 Track limits was one of the hot topics throughout the Red Bull Ring weekend, as is also the case when the Austrian venue hosts Formula 1 and MotoGP races, with several drivers penalised in Sunday’s race for exceeding the maximum number of allowances in the regulations.

Wittmann felt Lawson should have received a penalty for repeatedly exceeding track limits while they engaged in a close duel in the final stages of the race, saying stewards were inconsistent with policing track limits all weekend.

“So that's why I said afterwards there should be a penalty. I did not say that he would have not won the race [without exceeding track limits], but at the end there was a rule and this rule was not implemented.

“I had the same issue already on Saturday. I think there is just inconsistency, or a clear rule is missing, which says four track limits would be a time penalty. This was clearly said to us in the drivers briefing and this was not followed on Saturday or even Sunday."

The DTM travels to the Hockenheimring in Germany on October 7-9 for the final round of the 2022 season. Here's how you can watch this weekend's title decider.

Portuguese street circuit Vila Real is pushing for a slot on a heavily-revised 2023 DTM calendar, which could feature just one event outside of German-speaking countries.