BMW ace Marco Wittmann says he knew he was “not out of the game” in DTM after finally ending his winless streak in last Sunday’s season finale at Hockenheim.

Wittmann was enduring his worst-ever campaign in his decade-long career in the DTM and languished 15th in the standings prior to last weekend's title decider after just a single podium finish in the the opening seven rounds of the season.

The Walkenhorst driver’s struggles particularly contrasted with that of BMW stablemate Sheldon van der Linde, who was rapid from the start of the season in his Schubert-run entry and arrived to the final round in the lead of the championship.

But the two-time DTM title winner was finally able to put his and his team’s troubles behind at Hockenheim to claim a third-place finish in Race 1, before outduelling Audi star Rene Rast on Sunday to clinch his first win since Assen last year.

Eventually ending a respectable eighth in the championship in a field comprising 27 drivers, Wittmann said he never lost faith in himself amid Walkenhorst’s inability to get on top with the new-for-2022 BMW M4 GT3.

“We made some quite good adjustments on the car for this weekend to obviously try to improve the car, to improve the set-up, to bring it more into the direction I needed and it seemed like it worked out,” said Wittmann of his weekend.

“It is a great feeling that we can still win races. I always knew that I'm not out of the game, I'm still capable to perform.

"It's been a tough year for me. We had difficult weekends. It was at one stage quite frustrating to see that we didn't have any performance.

"So obviously this weekend for good for us, on Saturday was P3 and Sunday was the win. To finish off the season is like that is [great] and [I] hope to come back stronger next year." 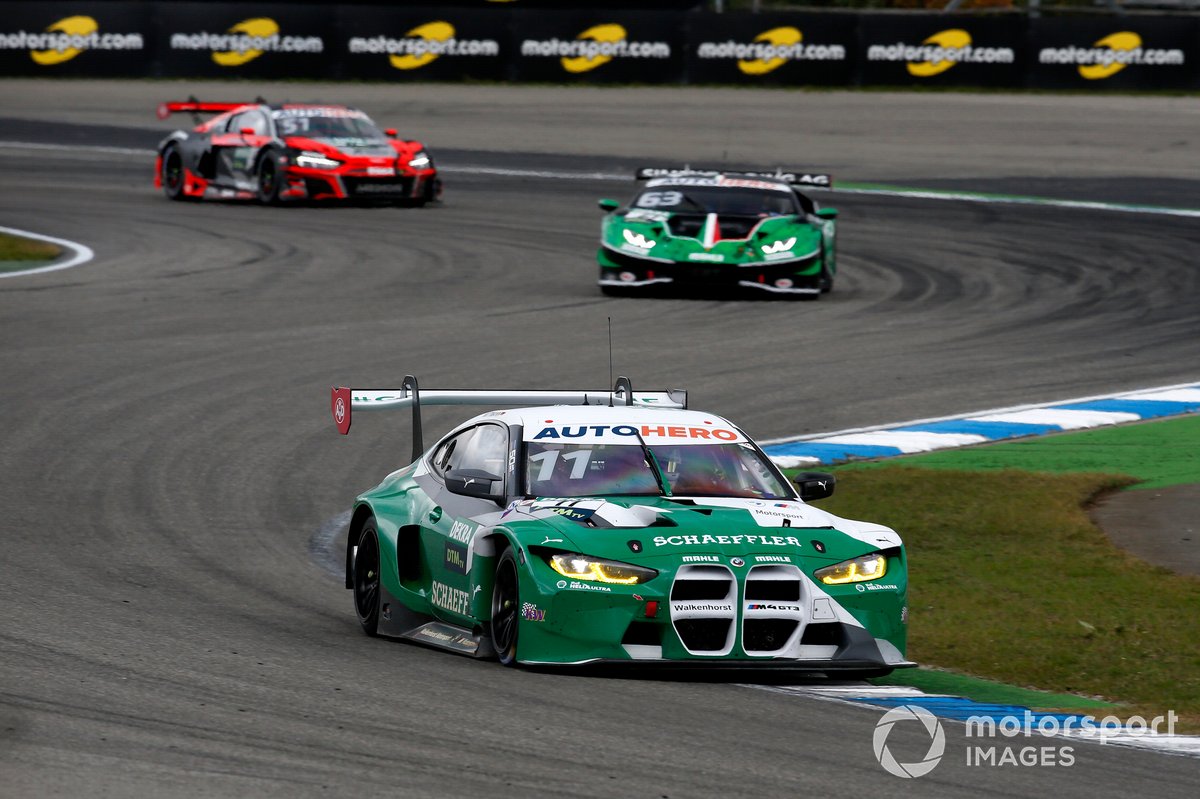 While the Schubert team with which van der Linde won the drivers’ title extensively tested BMW’s new GT3 contender this year, conducting 12 days of running even before the season began at Portimao, Walkenhorst’s understanding of the M4 was limited to just running the car in the Asian Le Mans Series and the two official pre-season tests organised by ITR.

Wittmann feels a lack of testing was what primarily compromised Walkenhorst’s second season in the DTM, a year after they put together a strong title challenger with the ageing M6 GT3.

“We were suffering mainly as we didn't do as many tests as the other teams,” Wittmann explained to Motorsport.com.

“Obviously there were a few teams that were testing a lot already before the season but also during the season.

“I think that is one of the topics as we've had the new M4 with us. I think it would have been important really to get the mileage on the car and to understand the car better in terms of set-up approaches and so on.

“We didn't have the experience with the M4, we could not extract the full potential out of the car.

“We also suffered a little bit with bad luck and on some occasions also here and there we didn't make the right strategy calls.

“It was a difficult season where I would say there were different aspects that didn't play into our favour.”