Wittmann: 2020 a "character-building" year for BMW

Marco Wittmann has described the 2020 DTM season as a “character-building” year for BMW amid the domination of rival marque Audi. 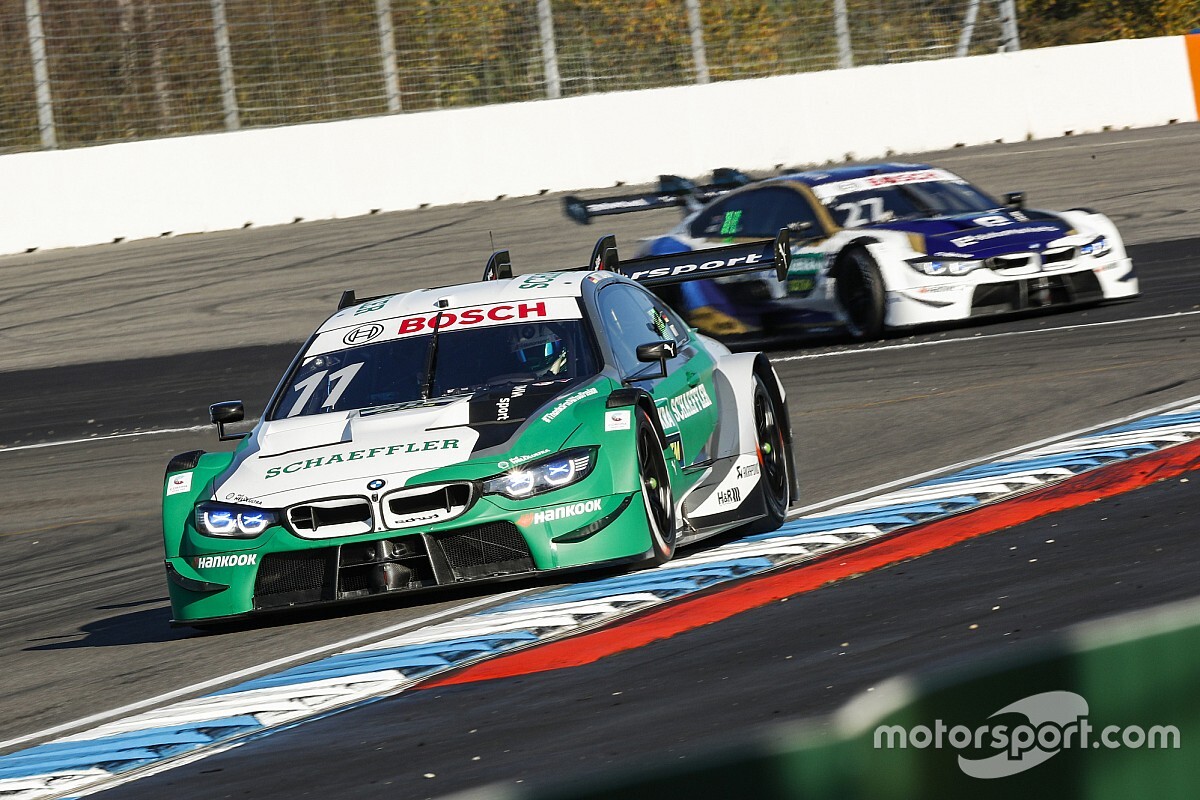 Out of 18 races in the German tin-top series this year, Audi won 16 of them and scored 17 pole positions, also monopolising the top four spots in the drivers' standings and sealing the manufacturers’ and teams’ championships well before the finale at Hockenheim.

Sheldon van der Linde and Lucas Auer prevented Audi from securing a clean sweep of victories in 2020, scoring a win apiece, while Timo Glock secured BMW’s only pole of the year at Zolder.

However, no BMW driver could score even half as many points as Audi's title winner Rene Rast.

Two-time DTM champion Wittmann said the M4 package was no match for Audi’s RS5, and BMW struggled even more in 2020 than it did in the first year of Class One competition.

“We all struggled clearly more than our competition, than Audi,” Wittmann said. “Clearly last year we had the chance at least to finish on some podiums, some wins - more than this year.

"It’s always difficult to pinpoint what’s the reason for why we were behind. At the end it’s the overall package, the DTM car is all about the car, the tyres, engine and so on. So there are many factors playing a role. At the end we could not deliver as the competition did.

“Clearly it was two difficult years for us, especially this year was quite a character-building year I would say for all of us. But that’s it sometimes in motorsport. Sometimes you have good times, sometimes you have to face the bad times.

Wittmann slumped from third in the 2019 drivers’ standings to ninth this year, and was even outscored by fellow BMW drivers Glock and van der Linde.

The 30-year-old finished on the podium three times over the course of the season - more than any other BMW driver - but was also one of the most inconsistent within the Munich camp, scoring just nine points in the final three rounds.

Asked to sum up his season, Wittmann said: “Clearly a very difficult season. The highlights were the podium finishes, especially both Nurburgring weekends. There were some good weekends for me, but all in all quite a difficult year.

“We were not able to perform in a way that we could compete against the Audis; especially the last two weekends Zolder and now here in Hockenheim have been quite tough in terms of performance in quali and also in the race.

“We were not really able to extract a good performance out of the car, out of the package, which was quite frustrating.

“That’s one of the reasons I’m pretty happy the season is over, to have a bit of a rest. If the season doesn’t go well, you are kind of happy when it finishes, then you can press the reset button. Next time is gonna be better.”