Markus Winkelhock will contest his first DTM races since 2010 when he lines up on the grid at the Nurburgring later this month in an Audi R8 LMS.

As reported by Motorsport.com's sister site Motorsport-Total on Wednesday, Winkelhock will replace Sophia Floersch at the factory-supported Abt Sportsline team for the fourth round of the 2021 season on August 21-22.

Floersch has a full-season contract with Abt, which is also fielding GT3 star Kelvin van der Linde and 2013 DTM champion Mike Rockenfeller, but will be unable to race at the Nurburgring due to clashing commitments in the Le Mans 24 Hours with the Richard Mille LMP2 team.

Her replacement Winkelhock is well versed with the Schaeffler-Paravan-developed Space Drive system, being the first driver to test it in racing conditions in a GTC race at the same venue in 2019.

The 41-year-old is also no stranger to Abt, having completed two rounds with what was then a full-fledged factory Audi team in 2007.

"I drove for ABT for the first time at Oschersleben in 2007," Winkelhock said . "Back then I was a substitute for Tom Kristensen, who had a serious accident at Hockenheim. That was my very first race for Audi in the DTM.

"To be back in the DTM after ten years of abstinence and to be able to take the wheel for ABT again so many years later is something very special. I'm really looking forward to it. The Nurburgring is one of my favourite circuits. In this respect, I hope that I can achieve a good result there for ABT."

Abt driver Van der Linde leads the DTM championship with a victory and a podium in the opening two rounds of the championship. Rockenfeller also bagged a rostrum finish at the Lausitzring last month, while Floersch has had a difficult time in the team's third Audi, managing a best finish of 15th after the first four races of the season.

"We are very pleased that Schaeffler and Schaeffler Paravan are making Markus Winkelhock's entry possible," said team principal Thomas Biermaier. "Markus is one of the most experienced and successful GT3 drivers in the Audi Sport customer racing driver squad and simply a great guy who fits in well with our team."

Winkelhock is arguably best known for leading the 2007 European Grand Prix during his one and only Formula 1 start for the backmarker Spyker team.

However, the German driver has achieved plenty of success in sportscar racing, securing titles in GT1 World Championship, Intercontinental GT Challenge as well as three outright wins in the Nurburgring 24 Hours.

He also contested five seasons in the DTM between 2014-10, most of them with Audi, bagging a trio of fourth place finishes. 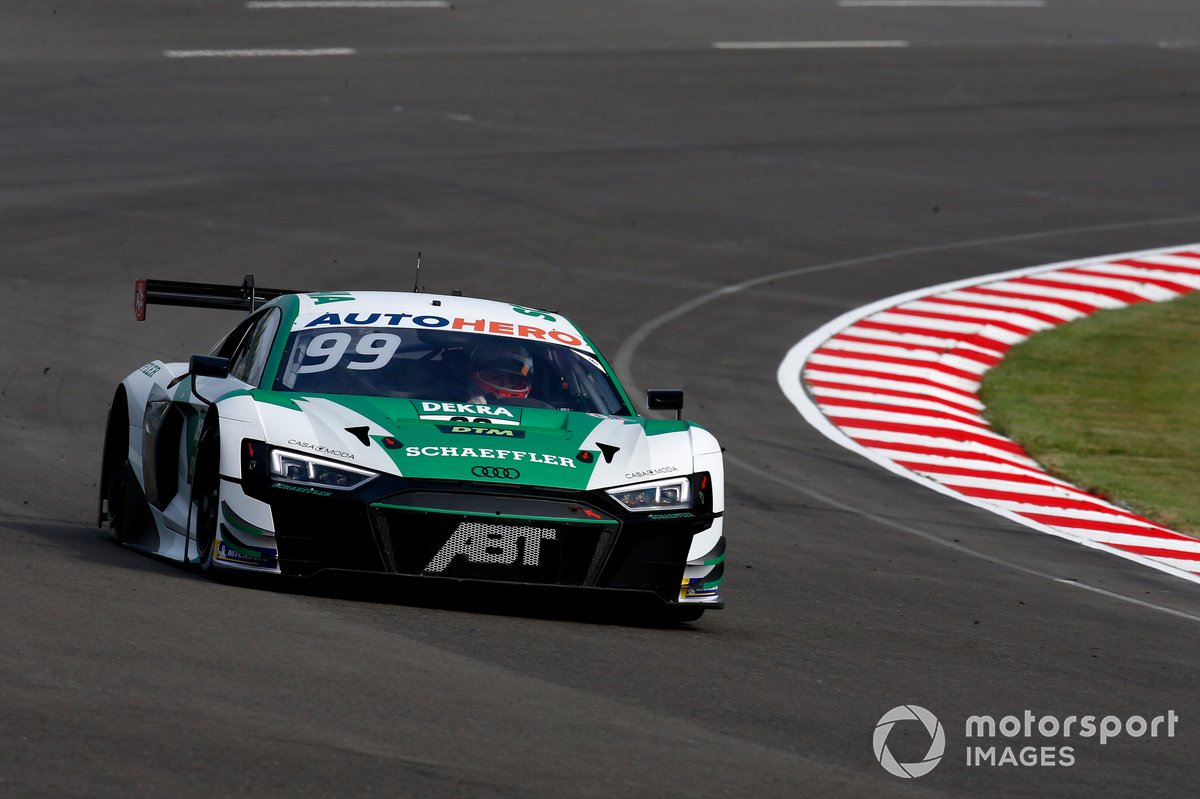 More from
ABT Motorsport
DTM