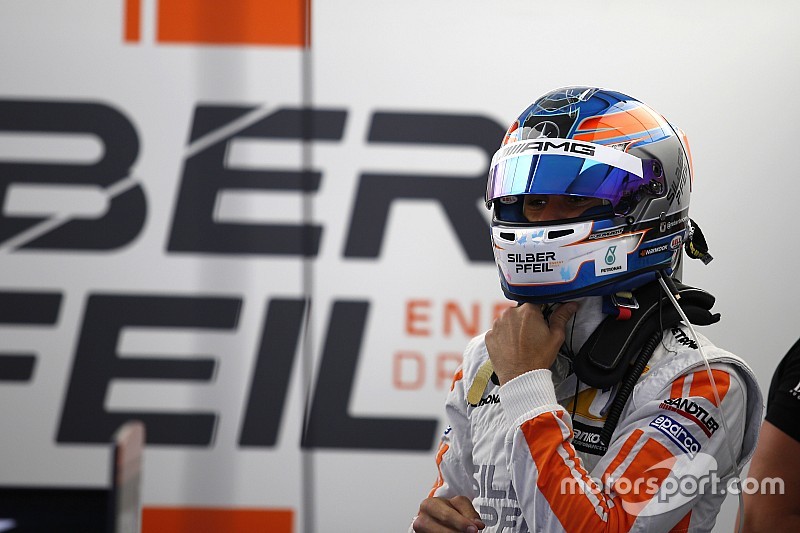 Mercedes driver Robert Wickens has dubbed Audi rival Mattias Ekstrom "an idiot" after the duo collided while fighting at the front of the DTM Saturday race at the Norisring.

Ekstrom made contact with Wickens while trying to pass the Canadian for second into Turn 1 on lap 19 - and went straight into race leader Christian Vietoris as a result.

Both Ekstrom and Wickens retired from the running as a result, while Vietoris was spun around and would go on to finish eighth in a race won by Audi's Edoardo Mortara.

Speaking shortly after the crash, Wickens said: "Ekstrom's an idiot. There's not much more to say. I don't know what he was thinking."

He elaborated after the race: "There was no way Mattias was making that corner. To take out the front two cars, it's a joke.

"We were running a good top three, the three of us, the race was stabilising... and Mattias is trying to win a championship too, I don't know what he was thinking.

"At the end of the day, he braked too late. It's not the first time he's taken drivers completely out of the race this year and I guess it's no surprise he did it again."

"This has nothing to do with fair sports," he said.

"It's completely unacceptable. We were robbed of a sure victory and now we are left with nothing."

For his part, Ekstrom apologised for what happened to Vietoris, but insisted he did not feel he was to blame for the collision.

"Going down to Turn 1, I felt that my car was really good on the brakes and I wanted to pass Robert so I braked normal, I felt that I braked early," he said.

"I went down the inside, once I committed, Robert started to defend – and we had a small touch with Robert and I accidentally hit Christian.

"He was not guilty at all – with Robert we were racing, when he squeezed me, there was nothing left... really sorry for Vietoris."

Asked if he was sorry for Wickens as well, Ekstrom responded: "Nah, if you race hard like he did, I think it's part of the game, but Vietoris was not guilty at all, I'm sorry for him."

Having been relayed Ekstrom's words, Wickens replied: "It's called defending a position. I saw him wanting to overtake me, so I went to the middle of the track to defend – and he went so tight on the inside that there was no way he was going to make the corner."

Asked if he would be looking to talk to Ekstrom about the incident, Wickens said: "If I see him, sure, but at the end of the day, we're both adults, we both have to race against each other for a long time.

"It's unfortunate what he did, he ruined both of our races and just, it was unnecessary."

Finally! Audi wins at the Norisring