Team Bernhard recruit Preining engaged in a race-long battle with Muller’s Audi in Saturday’s opening contest in Austria, the duo involved in three separate clashes at the Turn 3 right-hander.

The first two incidents had already attracted the attention of the stewards, with Preining having to give back the position to Muller for a move that was deemed illegal. But with just seven laps to go in the race the Austrian banged wheels with Muller yet again as they jostled for a crucial fifth position.

Having sold a dummy to the Team Rosberg driver coming out of Turn 2, Preining moved to the right in order to have the inside line under braking for the next corner. As Muller turned in to make the turn, the two made contact and the Audi driver was sent wide and over the asphalt run-off.

Preining was initially adjudged to have been responsible for forcing Muller off track and had 10 seconds added to his race time, leaving him a frustrated 10th at the finish.

The Austrian driver was absolutely livid after the race, telling Motorsport.com’s sister title Motorsport-Total.com that “if there is a penalty for this, the DTM can no longer be helped”, before adding “the amount of the penalty is a joke anyway.”

However, just before 6pm local time, the DTM announced that the penalty for Preining had been revoked and he was classified fifth in the final order, with Muller dropping to sixth.

While some may argue a battle for fifth and sixth positions should at best be a footnote in the grand scheme of things, it could actually end up having major implications in the championship.

That’s because less than 24 hours after the penalty saga, Preining went on to win the second leg of his home event on Sunday, moving to within 14 points of Schubert BMW’s Sheldon van der Linde. If he does end up clinching the championship in Porsche’s maiden season in the DTM, the nine-point swing in the first Red Bull Ring race will be seen as one of the deciding moments in the title fight. 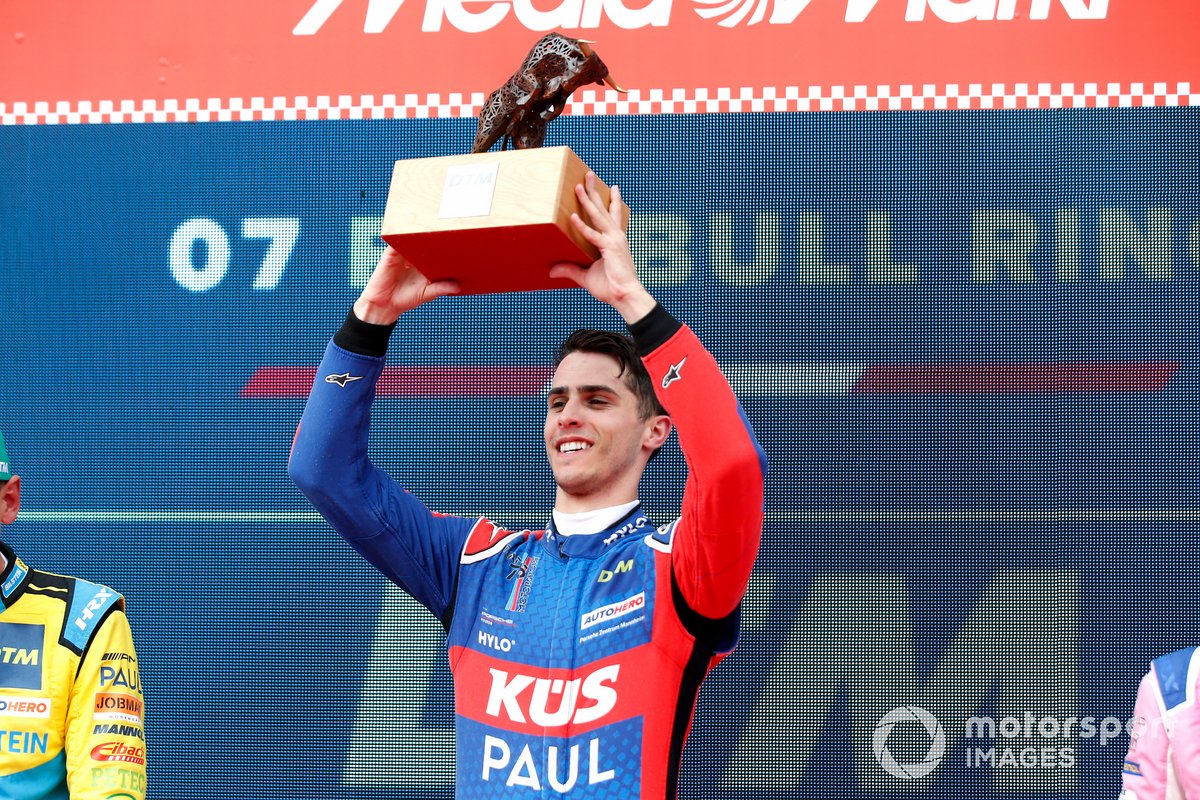 So just why did the DTM think Preining should have been penalised for his clash with Muller, only to later conclude that no driver was wholly responsible for the incident?

As it became evident later, the initial 10-second penalty was handed to the 24-year-old by race director Scot Elkins and not the stewards - something that is allowed under DTM regulations.

But Elkins started to have doubts over his decision and referred the case to the stewards as per article 12 of the sporting regulations, which states: "Any penalty imposed by the race director may be reviewed by the race stewards. They are not bound by the decision of the race director and can award the penalty to the benefit of the party concerned and/or one or more additional penalties."

The stewards, with more time and data at their disposal, reviewed the footage and felt that Preining shouldn’t have been penalised for the incident in the first place.

Admitting that it was he who approached the stewards to demand a review, Elkins explained how the decision was reversed more than three hours after the race had finished at around 2:30pm local time.

“Truthfully, after the race I was not 100 percent confident in my decision,” Elkins told reporters including Motorsport-Total.com. “So I went to the stewards and asked them to review it.

“I'm in race control [where] I'm very, very busy. We are looking at all kinds of different things. I can look at an incident but I can only look from a couple of different angles. I can't look at in-car, I can't talk to the drivers, I can't do what the stewards can do.

“So for me the more I thought about it, the more I felt I'm not comfortable with this. And so I ask the stewards to review it. I've done that many times this year.

“Our series is quite different where the race directors can give penalties as opposed to only the stewards, like in other series.

“I like the ability for someone else to look at my decision and make it different. For me that makes what we are doing in DTM more fair for the competitors.

“They may not always like the first decision or the decision was different. But we are using the process that is in place. 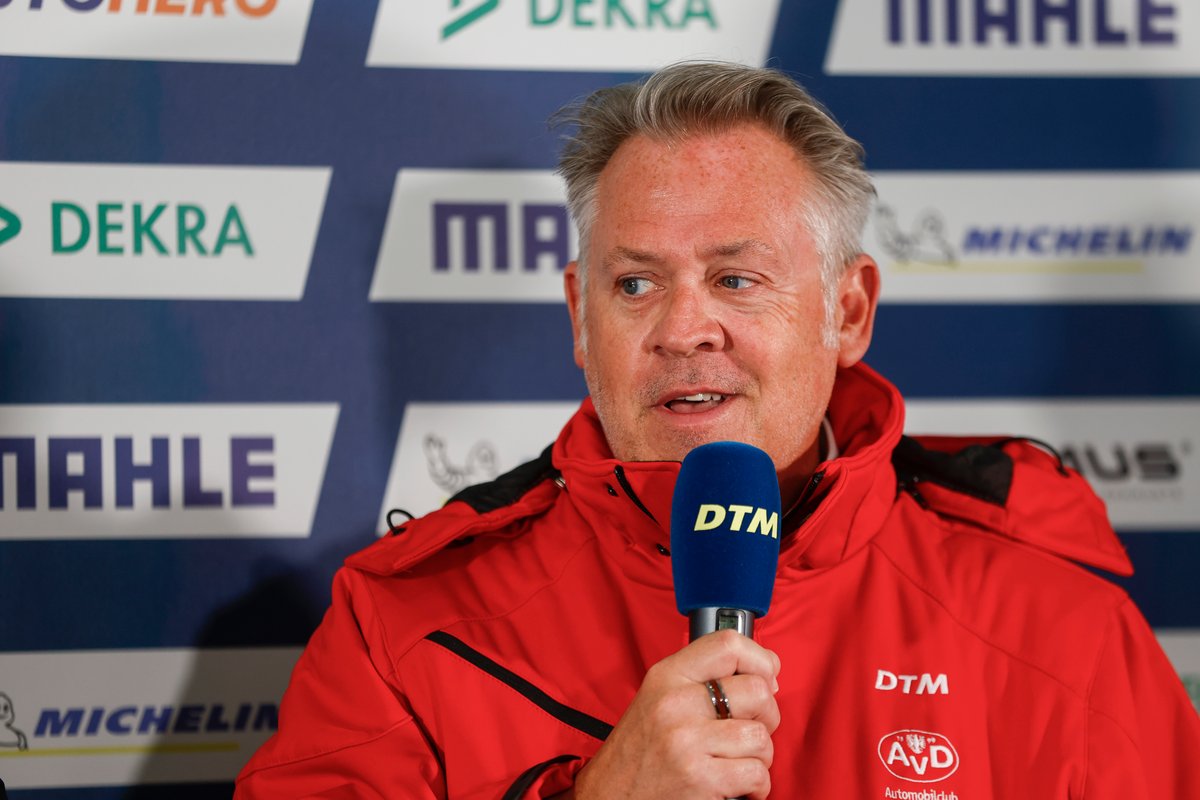 Not only is Elkins’ primary duty to run the race in a safe manner and respond swiftly in case of an emergency, he can only access the data that is transmitted live to race control. Everything else, including on-board footage, can only be downloaded from the memory card inside the car after the race.

It is for this reason Elkins felt the third of the three incidents should be looked at again based on new information available to the stewards.

“We gotta get our memory cards out of the cars, we gotta pull data from the car and gather that all together.

“So it takes time to get the data together and to make a good decision, a better, informed decision, which like I said is what everybody wants. Everybody expects us to do that.”

The driving standards in the DTM were called into question after two incident-filled races at the Nurburgring in August, prompting Elkins to issue additional race notes at Spa-Francorchamps this month.

Drivers are now required to leave ‘racing room’ on the entry and the exit of corners, but are allowed to make contact at the apex without being penalised.

However, the wording of the note wasn’t exactly well received by the drivers and the withdrawal of Preining’s penalty also caused a stir in the paddock.

But Elkins feels drivers are not bringing forward their concerns to him and instead voicing their criticisms through other means, including the media.

“I think there are a lot of times where drivers tell you one thing and they tell me something different," he said. "I have this WhatsApp group with one driver from every manufacturer.

“I haven't heard the discourse that you're describing. I know that this weekend makes it a little bit difficult because with the decision being changed everyone can easily go 'I thought it was this way and I thought it was that way'.

“What you're describing is I don't see. I'm not saying it doesn't exist but I don't see it. So you would think that [if] they want something changed the easiest place to come was to talk to the race director. That is not happening.”

Bernhard "ready" to expand to second Porsche in 2023 DTM