Wehrlein to make DTM return in 2018 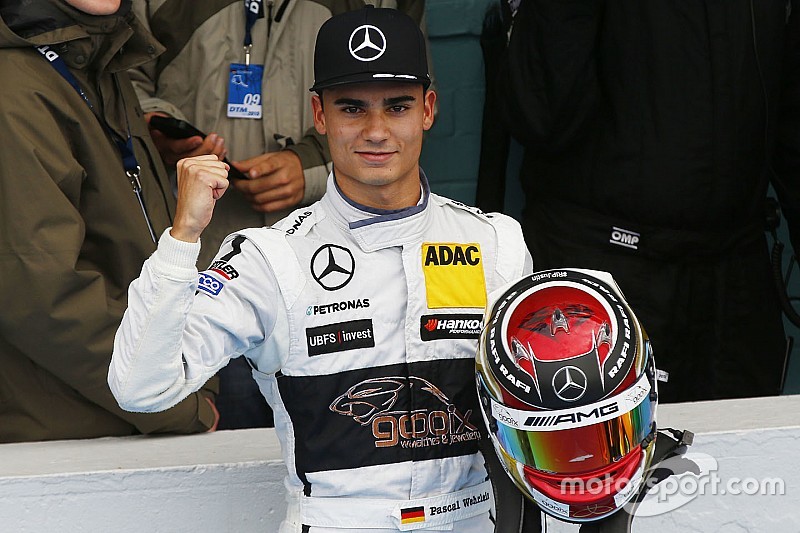 Mercedes' former DTM champion Pascal Wehrlein will return to the German touring car series this year, having lost his seat in Formula 1 in the off-season.

Wehrlein, 23, won the DTM on his third attempt in 2015, his title paving the way for a switch to grand prix racing for the following year.

The German impressed in his two F1 seasons with backmarker teams Manor and Sauber, scoring their only points of the two respective campaigns.

But he was ultimately replaced at Sauber by Ferrari-backed Formula 2 champion Charles Leclerc, and was unsuccessful in finding a seat elsewhere on the F1 grid for 2018.

Wehrlein said: “I have fantastic memories with DTM, not least because of my title win in 2015, but also because of the strong team spirit and the many nice experiences with the guys.

“I have followed DTM closely during my time in Formula 1 and have been to some races to visit and support the team.

“Things have changed a lot in DTM since my last race at the season finale at Hockenheim 2015. But I like challenges and I cannot wait to get on track for the first time with our new car. The first tests cannot be here soon enough.”

The upcoming campaign will be Mercedes' last in the DTM, as the Stuttgart marque switches focus to a works programme in the all-electric Formula E series instead.

The manufacturer has not managed a sustained DTM title challenge in the two years since Wehrlein's initial departure.

Joining Wehrlein in the 2018 line-up will be fellow former champions Paul di Resta and Gary Paffett, as well as Lucas Auer and Edoardo Mortara.

“Pascal quickly established himself in DTM and became the youngest champion in the history of the series in 2015,” said Mercedes DTM boss Ulrich Fritz.

“The joy in the team about Pascal returning to DTM for our final year is huge. Many friendships were built at the time when Pascal was with us and even when he was racing in Formula 1, we didn't lose contact.

“In the meantime, DTM has changed with new cars, new tyres and new regulations. But we are confident that, with his experience and commitment, he will adapt quickly.”

Wehrlein's return means at least seven DTM champions will be competing in the series in 2018.

One place on the grid remains unfilled, however, with Mercedes yet to name a sixth driver for its roster, following the departures of Maro Engel and Robert Wickens.

Spaniard Dani Juncadella, who raced for the Silver Arrows in DTM in 2013-2016 and held a reserve driver role last year, is understood to be the most likely candidate.