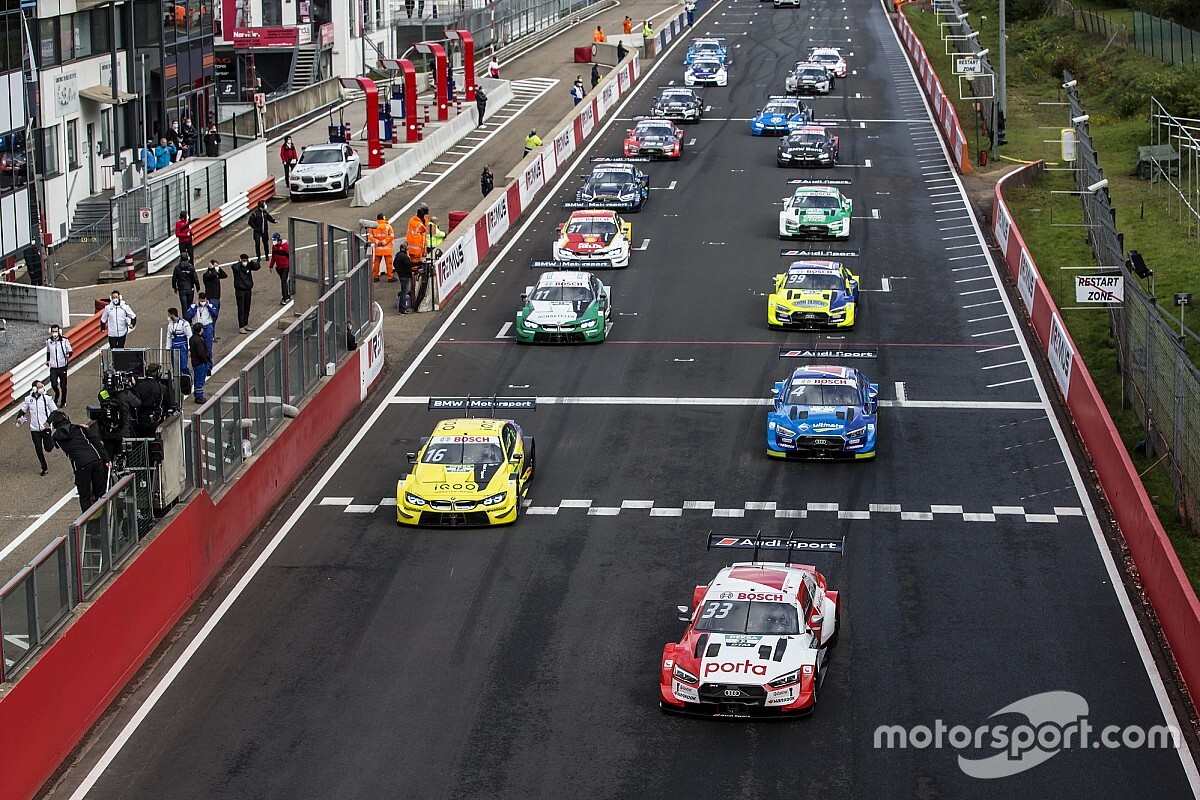 The DTM is set to adopt rolling starts when it moves to GT3-based cars in 2021, following resistance from manufacturers to upgrade their cars to cope with standing starts.

After deciding to move away from the Class One ruleset next year in the wake of Audi’s withdrawal as a factory entrant, the DTM submitted a draft of GT Pro regulations in August that involved upgrading GT3 cars to produce 600bhp and removing driver aids such as ABS and traction control.

ITR chief Gerhard Berger had also been hoping to retain standing starts next year even though GT3 cars are not designed to launch from a standstill without external assistance.

But this was met with a hostile response from the manufacturers, who were unwilling to spend money on designing a performance clutch - whose development cost is estimated to be around $50,000 - for a single championship.

Following feedback from both Audi and BMW, Berger is now willing to forego standing starts in favour of rolling starts that are also used in Japan’s SUPER GT series.

The concept is not completely alien to the DTM, as it has been using Indy-style restarts after safety car periods since 2017.

"The format will be the same", Berger told ran.de. “For the start, however, I rather believe that there will be rolling start, even though we are currently checking the standing start very closely because it is of course very close to DTM.

“But there are one or two ideas for the rolling start that we like and which would make it much easier for the teams to tune their cars to it.”

Audi Sport boss Dieter Gass revealed that the DTM had considered a switch to Indy-style race starts in 2017, but this idea was opposed by Berger.

"If standing starts are not possible, then Gerhard will probably opt for an Indy start there as well," Gass said. "We also discussed in the DTM whether we should switch to an Indianapolis start right away when we introduced the Indy restart.

"[In 2017] he was of the opinion that a standing start in a sprint race was the better solution. But I am sure that he will look at it with the right approach."

Gass’s BMW counterpart Jens Marquardt also pointed out that there are other costs associated with standing starts, as a performance clutch may have to be accompanied with a bespoke electronics system to ensure drivers get the best launch off the grid.

"There are a few things, with which one must be careful that the same errors are not made as in the Class One DTM", Marquardt said. "If you look at how much help the drivers still have even now when it comes to getting the engine speed, the position of the clutch and the accelerator pedal right, then it is not worth it."

Both Audi and BMW want to spend limited money on upgrading their GT3 cars to GT Pro regulations, the final version of which will be presented at Hockenheim next month.

BMW’s resources are also tied up with the development of its next-generation M4 car which will undergo homologation in September 2021. The Munich-based manufacturer’s new GT3 challenger will be available for customers from 2022, although it may decide to debut a pre-homologated version of the car in the DTM next year.

"With the M6 this is always a bit difficult because it is such an old car,” said Marquardt. “We don't want to spend a lot of money and large capacities on the development because our capacities and resources are needed for the new car."

Gass added: “We will not develop a special car for this new championship. If small modifications are necessary, then you can look into it. But the interest is clear: we would prefer not to have to change the cars."