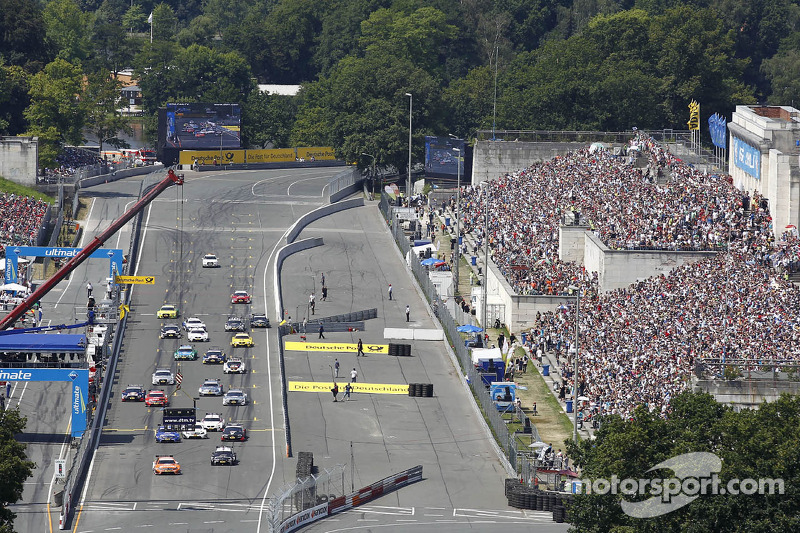 The race in the ‘Franconian Monaco’ is extremely popular with the fans.

Nuremberg - The DTM race held this weekend (27th to 29th June) at Nuremberg’s Norisring represents the highlight of the 2014 DTM season. The 2.3 kilometre racetrack is unique in Germany – and extremely challenging. The tight circuit with its crash barriers and walls to the left and to the right is unforgiving. Any mistake of a driver is punished. In both the qualifying session and the race, maximum precision is a must. Due to its unique atmosphere around the paddock located at the Dutzendteich, the race in the ‘Franconian Monaco’ is extremely popular with the fans and the tickets – from €25 – are accordingly sought-after.

Marco Wittmann and BMW travel to the venue of the fourth round of the DTM season as championship leaders. Marco Wittmann holds the lead in the drivers’ championship with 50 points on his tally and in addition, his travel to Nuremberg is shorter than the ones of all of his rivals. After all, the circuit is located just a few kilometres from the BMW driver’s hometown, Fürth. Consequently, the German’s pleasant anticipation is huge. “This race is the highlight of the year,” he says. “It’s just great to have the chance of contesting my home race as championship leader.” 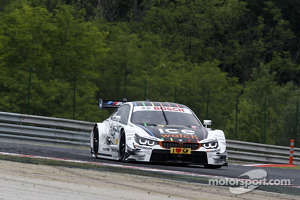 It goes without saying that the 24-year old may hope for massive support. His family and friends will be on site to cheer for him to help him making his dream come true. “A good result on the Norisring,” Wittmann says carefully. After all, the Norisring is trappy. Although featuring just four corners, it represents a real challenge for any racing driver. “If you make a mistake on other racetracks you will go off and into the gravel”, explains Wittmann’s fellow BMW driver Joey Hand who finished eight at the Norisring, last year. “At the Norisring, however, you are going to hit the wall right away.”

Meanwhile, Audi travels to Nuremberg without having secured a win in the season to date – but with four drivers pursuing the championship leader. With 31 points on his tally, reigning champion Mike Rockenfeller currently holds second position in the championship, followed by Edoardo Mortara (27 points), Miguel Molina and Adrien Tambay (both 26 points). “The expectations regarding our home race are high,” says Dieter Gass, Head of Audi’s DTM project. “Our goal? That’s easy: the first win in the season.” Furthermore, the driver line-up of the Ingolstadt based manufacturer features a true Norisring specialist: Jamie Green. The Briton won the Norisring race from 2008 to 2010 and in 2012.

On the other hand, his debut for Audi – in 2013 – wasn’t as successful as he and his employer had hoped. Just an additional dose of motivation for Green to do better, this year. “My car and I are perfectly prepared,” says the briton. Following the competitive Audi performances in the first three rounds of the season, Timo Scheider, DTM Champion in 2008 and 2009, also is confident regarding the forthcoming race weekend. “I have got fond and not too nice memories of the Norisring,” he reveals. “This year, a good result here in Nuremberg would be balm for my soul and – first of all – important for the championship.” 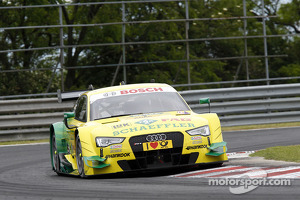 Having won round two, at Oschersleben, courtesy of Christian Vietoris, Mercedes-Benz hopes to also score at Nuremberg. With Gary Paffett, winner of 20 DTM races, the driver line-up of the Stuttgart based brand features the currently most successful DTM driver on the grid – who also has got fond memories of the Norisring. “The circuit represents a completely different challenge than the permanent racetracks we are racing on for the major part of the season. Its special characteristics and the fantastic atmosphere turn this race into an absolute highlight,” says Paffett who won the norisring round in 2004 and 2005.

Meanwhile, fellow Mercedes-Benz driver Vitaly Petrov is going to contest his maiden Norisring race. “My colleagues already told me a lot about the unique atmosphere at the Dutzendteich and the demanding circuit,” says the first Russian DTM driver. Despite being a DTM rookie, he has got street-race experience under his belt. In his Formula 1 years, Petrov raced in Monaco and therefore, he knows the feeling that the smallest mistake may make a sudden and early end of the race, for the respective driver. “I love this kind of challenges,” he adds.

Extensive show programme: Good entertainment aloof from the track, too

In addition to the enthralling race action, the DTM weekend at the Norisring also provides numerous highlights aloof from the track, with a colourful support programme around the show stage erected on the ‘Zeppelinfeld’. All the football fans who don’t want to miss a World Cup match can watch the first match of the round of sixteen – Brazil vs. Chile – live on the big video wall.

Another highlight – in the framework of the ‘ARD Chartshow’ on Sunday afternoon – will be the concert of the band ‘LaBrassBanda’. With its extraordinary mix of folk music, pop, rock and ska, the exceptional brass band quickly captivated the audience and makes for a good atmosphere. The 30-minute concert will begin at 11:15hrs.

But don’t worry: in addition to football and music, the show-stage programme also will feature motor racing. The former DTM drivers Manuel Reuter, David Coulthard and Bernd Mayländer, as well as Formula 1 ace Felipe Massa, Le Mans winner Marcel Fässler, para motor racer and Paralympics Gold Medallist Alessandro Zanardi as well as the entire Porsche Carrera Cup Deutschland grid will be here for interview rounds and autographing sessions. And the programme will be completed by competitions and grid-girl fashion shows.

For those who want to witness DTM at the closest possible range, one of the two pit walks on Saturday and Sunday represents the perfect opportunity to take a look behind the curtains of the most popular international touring-car series. And the early birds may look forward to an additional attraction: on Sunday morning, at 09:00hrs, they can look over the shoulder of the Audi, BMW and Mercedes-Benz mechanics and watch them executing some of the painstakingly practiced tyre changes at close range.

A hands-on approach: Marco Wittmann helps set up the Norisring and shows off his climbing skills

Robert Wickens to start from pole position at Norisring