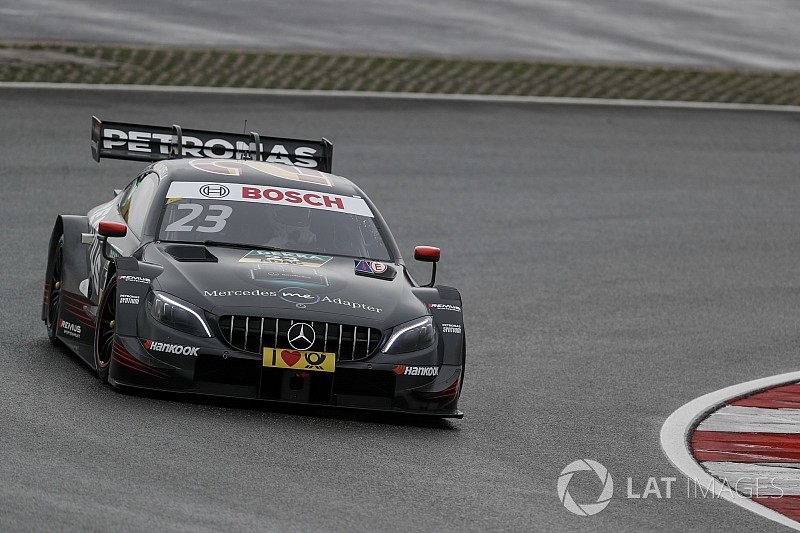 Qualifying started with heavy rain falling on track and the red flags were shown after just five minutes due to poor conditions, as Audi's Nico Muller led the way on a 1m43.892s.

Following a 10-minute break, the session was restarted and first place was consistently traded among drivers.

Championship contender di Resta took the lead with five minutes remaining only for his laptime to be cancelled due to track limits.

BMW man Timo Glock inherited the lead as a result but Mercedes driver Juncadella demoted him soon afterwards, lowering the benchmark by nearly four tenths with a 1m36.071s.

Glock could improve one more time but his effort fell 0.071s short, leaving Juncadella to take pole position for the third time this year.

Mike Rockenfeller led Audi's efforts in third, as di Resta had to settle for fourth in his Mercedes.

However his points-leading teammate Paffett could only take 10th, as he went off-track twice during the session.

Nico Muller, who took 12th, is under investigation for rejoining the track in an unsafe manner.

The challenge Ogier faces on his DTM debut