Red Bull now appears set to continue in the DTM for a second season in 2022, partnering again with the Ferrari-supported AF Corse team.

Doubts had emerged over Red Bull’s continued participation in the DTM after its driver Liam Lawson was denied this year’s title in controversial circumstances at the Norisring in October.

Despite scoring three victories and finishing on the podium at 10 occasions, the Kiwi could only finish second in the championship after his Ferrari 488 GT3 was severely damaged by Audi’s Kelvin van der Linde in an opening lap collision between the title contenders.

"This has now taken on a slightly different dynamic than was actually planned," Red Bull's motorsport consultant Helmut Marko said at that time. "Now we have to analyse the situation calmly.”

It is understood that the event of the 2021 season didn’t sit well with Ferrari either, leaving it with an impression that only German manufacturers can win the title in the DTM.

However, according to Motorsport.com’s sister site Motorsport-Total.com, DTM boss Gerhard Berger and event director Frederic Elsner recently held discussions with the top brass at both Red Bull and Ferrari, convincing them to commit to the category for another year.

"The decision has been made," said a source at Red Bull. "We're going to compete in the DTM again next year with Ferrari and AF Corse. And with the two cars - Red Bull and AlphaTauri."

Berger is believed to have directly spoken to both Red Bull boss Dietrich Mateschitz and Ferrari President John Elkann to ensure they remain on board for the 2022 season.

In addition, Elsner was invited to Ferrari’s annual Finali Mondiali event in Maranello last month to hold additional talks with the Italian manufacturer.

To prevent a repeat of last year’s finale, where Mercedes ordered cars from different customer-supported teams to give way to eventual champion Maximilian Gotz, the DTM is looking at an outright ban on team orders next year.

It will also make changes to the regulations to ensure manufacturers that run a limited number of cars can be competitive against rivals with a bigger presence like Mercedes.

The presence of both Red Bull and Ferrari is considered important for the DTM as it seeks to establish itself as a premier GT3 category and shed its image as a manufacturer-centric series. 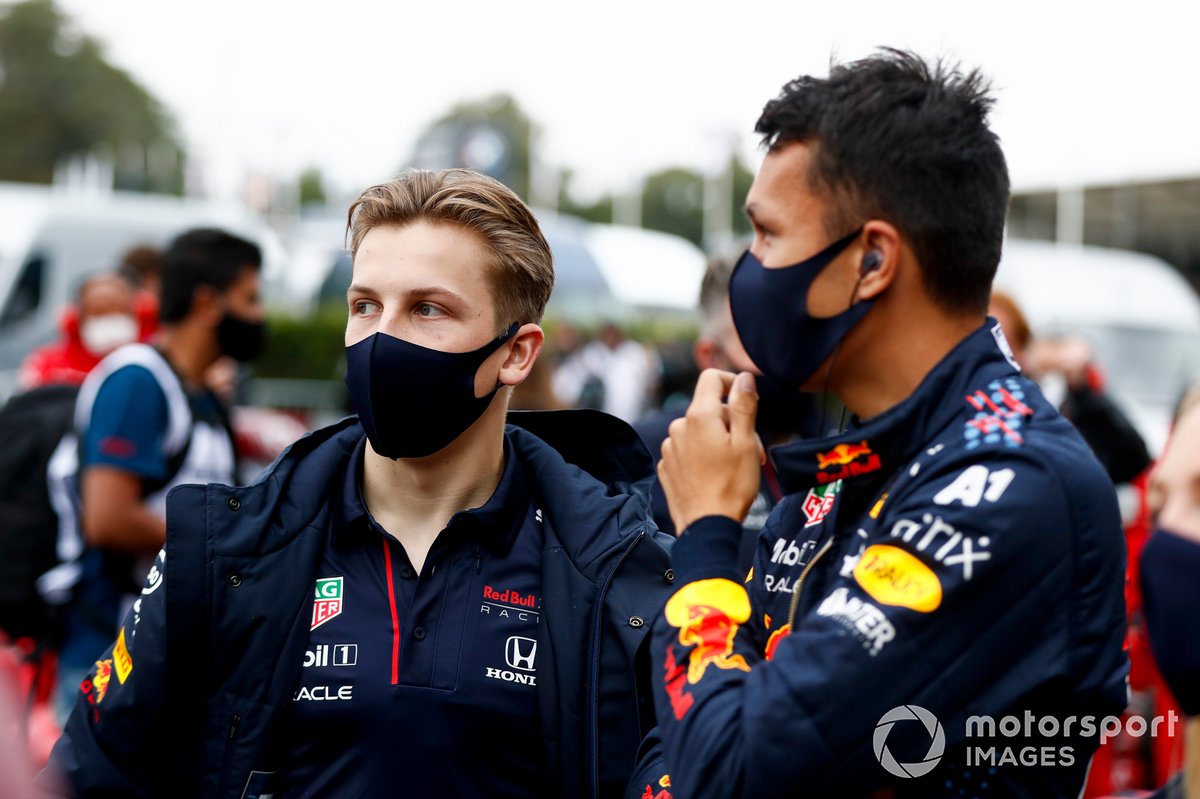 It remains unclear who will drive Red Bull’s two factory-supported Ferraris in 2022, with Lawson choosing to exclusively focus on Formula 2 and Alex Albon - who drove the AlphaTauri-liveried car this year - securing an F1 return with Williams.

There are five clashes between DTM and F2/F3 next year, likely preventing Red Bull from handing a double programme to any of its junior drivers from the single-seater ladder.

Nick Cassidy, who impressed as Albon’s substitute in Norisring, is not available for the full season due to two overlaps with his primary campaign in Formula E.