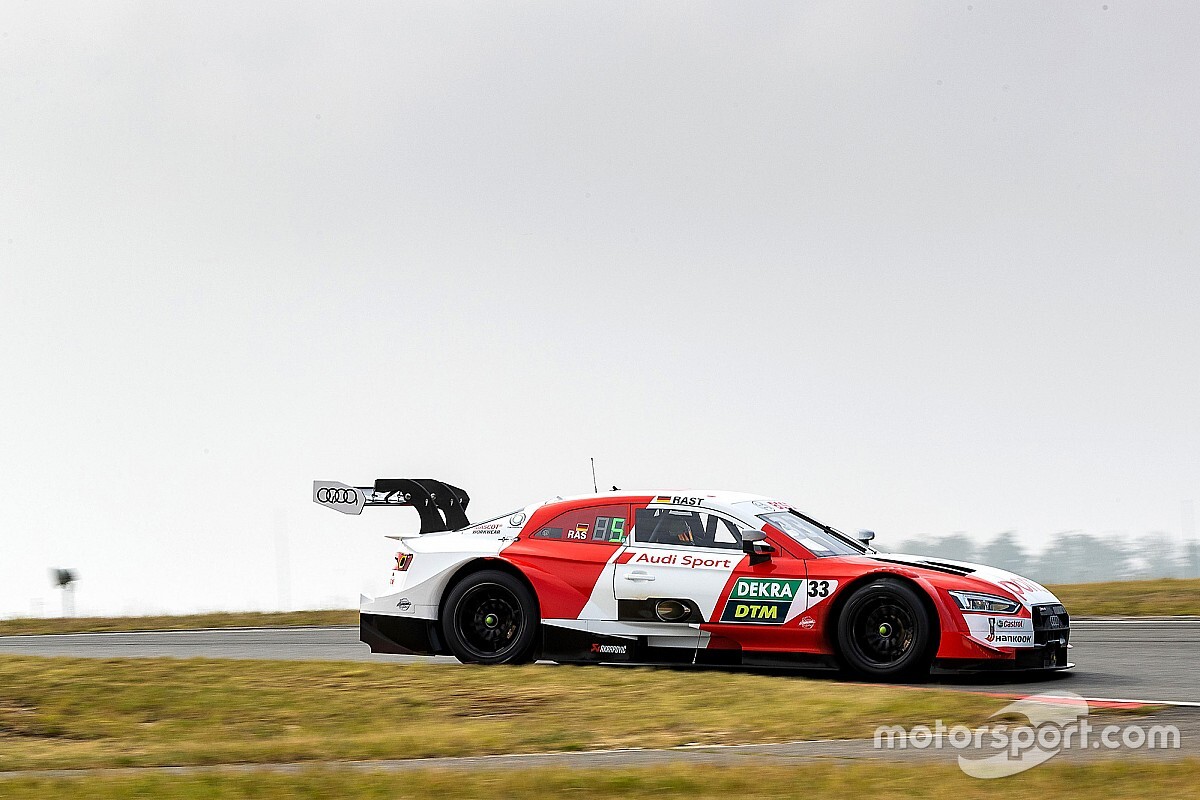 Two-time DTM champion Rene Rast believes the changes made to the series' DRS and push-to-pass rules this year will prevent drivers from running away with the lead of the race.

As part of the sporting regulations for the new season, the DTM has made the push-to-pass system twice as potent, with the power boost increased from 30bhp to 60bhp and its usage likewise raised from 12 to 24.

The DRS, meanwhile, can now be used for the 50 percent of total laps - and drivers no longer need to be within three seconds of the car in front to deploy it.

However, as was the case last year, the race leader will still not have access to either of the two aids, leaving them even more vulnerable to the drivers behind than in the past.

Rast said the decision to make these DRS and P2P even more powerful in 2020 will have a positive impact on racing by downplaying the importance of qualifying and reducing the chances of drivers dominating races from start to finish.

“But now the second and third placed cars don’t have to be in the three seconds anymore. So whenever you have different strategies you can use DRS and push to pass now as well as a strategy tool.

“[The driver in] P1 cannot use it so maybe being on pole position is good for having the three points, but maybe not the best position during the race. So I think we are gonna be seeing some different kind of racing this year.

“I think there’s no car just leaving the field and nobody can catch him anymore. It’s gonna be a bit different this year.”

BMW’s Marco Wittmann echoed Rast’s views on the impact more powerful push-to-pass and DRS devices will have in 2020, but said the three extra points offered for claiming pole position means qualifying remains as important as ever.

“At the end qualifying is still important, it’s always good to be in front up there,” Wittmann said. “But clearly as Rene mentioned it becomes a bit more challenging this year with the DRS and push to pass, especially as the leader.

“Also I think a track like Spa where you have long straights and good possibilities to overtake it’s not necessarily important to be on pole position and then win the race.

“So I think if you start a bit further back you can make up places. But as I said, pole position is always important. If we get three points, we’ll take it if we get it.”

The DTM is returning to the Spa-Francorchamps circuit for the first time since 2005, with a manufacturer test in July the only source of data for the teams ahead of the 45-minute practice on Saturday.

Both Wittmann and Rast expect tyre degradation to be high at the Belgian circuit and believe some drivers may gamble on an unconventional two-stop strategy.

“We had the test but of course then there was not a lot of rubber with only two cars running [one each from Audi and BMW],” Wittmann said. “Generally it’s a track with quite a high deg. So we can compare it a bit to Assen last year.

“Assen I think was a bit of a crazy weekend, especially in Sunday’s race. Let’s see if there’s a surprise of two stoppers, maybe one stoppers. Let’s see.”

Rast added: “Obviously the quickest race will be just with one stop if you can manage the tyres.

“For sure it will be very interesting, but I think we are all aiming for just one stop.”