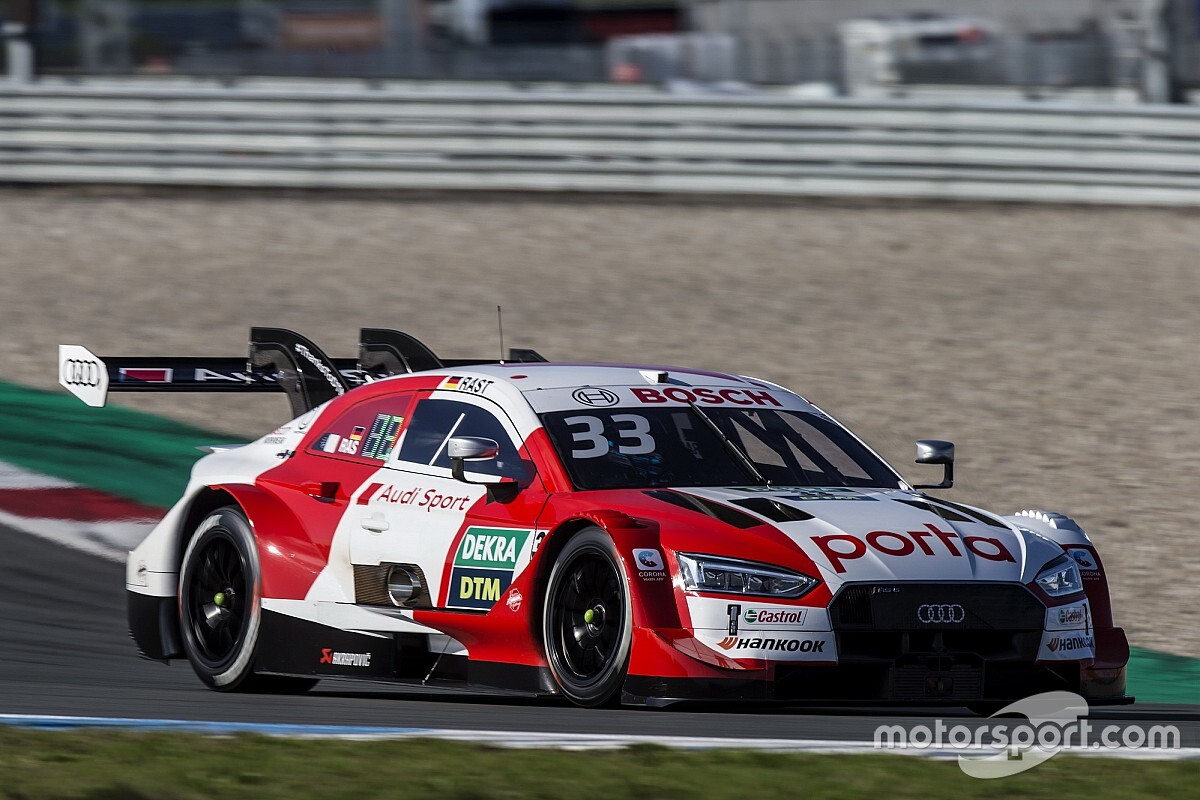 Rene Rast says he finds the current dominance of the Abt Audi team in the DTM “very frustrating” after he failed to finish on the podium in Assen last weekend.

The Abt squad has emerged as the quickest team within the Audi stable this year, with its drivers Nico Miller and Robin Frijns winning half of the races between them in the opening four rounds of the season.

Muller started his campaign with a run of three victories and has finished on the podium in all but one race since then, while Frijns scored his maiden win at Assen after a string of top results.

Abt’s dominance has left Team Rosberg driver Rast a distant third in the drivers’ standings, 44 points down on championship leader Muller, after the two-time champion could finish no higher than fifth in either race at Assen.

“And if I did a mistake [last year in qualifying] it was probably still good enough for P2. But [on Saturday] I did a good lap [and qualified sixth]… it’s just really difficult.

"We don’t have the pace to fight the Abt cars at the moment. As you could see in the race and qualifying both Abt cars are amazingly strong. And Nico and Robin were flying in the rain at Lausitzring as well. So, we definitely need to catch up to still have a chance in the championship this year.”

However, having won the DTM title twice in the last three seasons, Rast says Abt Audi's form makes him “even more motivated” to challenge Muller and Frijns for top honours this year.

“Obviously they are very tough to beat right now, but so many things can change [throughout a season]," he said.

"In the past I’ve had some hard fights as well. "In 2018 with Mercedes, with Gary Paffett, in 2017 with Mattias Ekstrom and last year against Nico. Those were quite tough battles as well.

“This at the moment doesn’t mean anything yet, I’m confident that we will be able to fight back. And at one point they [Abt] will also make wrong decisions, which we have to use in that moment.

“To be honest it gives me even more motivation. Every morning I wake up and say, ‘now okay let’s go, let’s try to beat them'. So, I like that competition and I like the challenge to be a bit on the back foot and improve the situation.

“We did a good step [on Sunday] morning to put Abt under a bit of pressure. But no, I like that situation and it gives me some extra motivation. I will never give up.