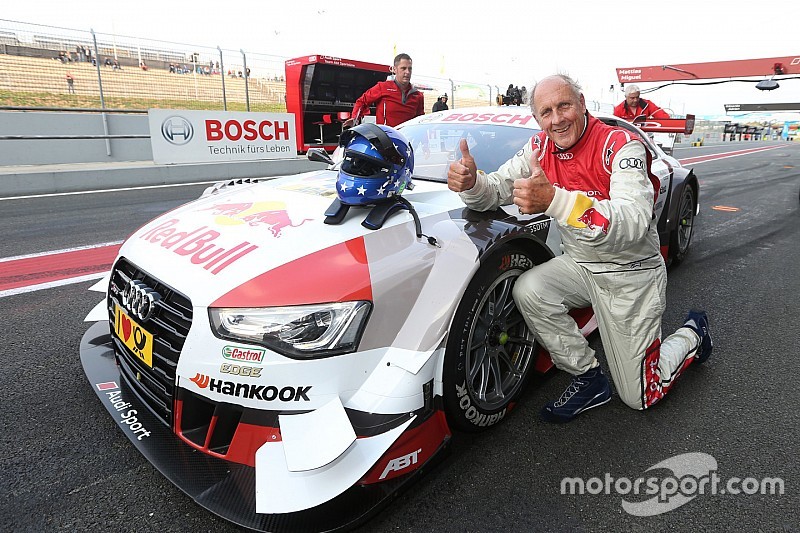 "It was simply incredible," Stuck said after his drive.

"If I had a hundred thumbs, all of them would be pointing upwards. I wouldn't have imagined a modern DTM car to be so impressive.

"But it's also clear that a race driver would always like more power output. About 100 hp more wouldn't hurt a DTM car," Stuck said.

A current DTM car has a power output of approximately 460 hp.

When Stuck began his 1990 DTM campaign with Audi his V8 quattro delivered around 420 hp but reached 460 hp, too, at the end of the development cycle in 1992.