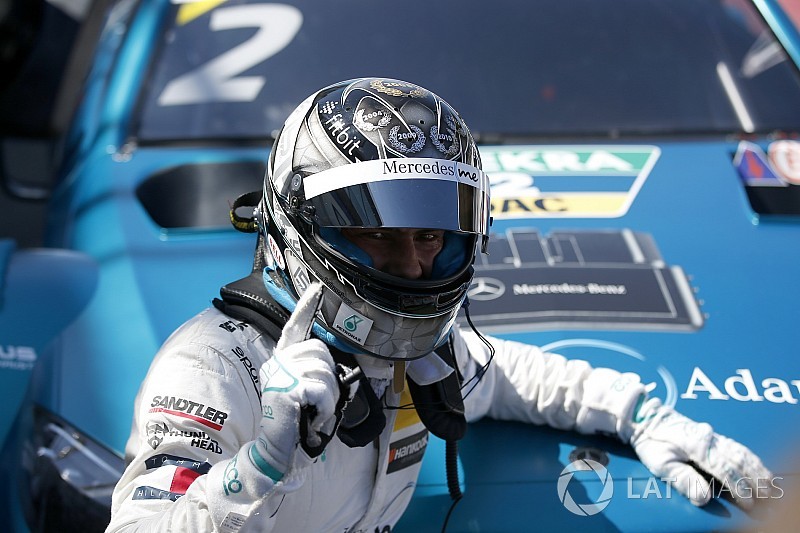 DTM series leader Gary Paffett has earned pole position for the first race of the Zandvoort round as Mercedes claimed a 1-2-3-4 in qualifying.

Paffett set his time on his first run and, despite logging a purple opening sector on his second set of tyres, he was unable to match his earlier effort.

Paul di Resta lay second at the midway point of the session, but Pascal Wehrlein’s second run allowed him to vault past the Scot and move onto the front row, 0.060 seconds adrift of Paffett’s best.

Di Resta, who claimed that he was compromised on his out-lap on his second set of tyres, will start third.

Another to improve on the second runs was Lucas Auer, who moved himself up into fourth position.

BMW’s leading duo in the standings, Timo Glock and Marco Wittmann, led the Munich manufacturer’s charge and will share the third row of the grid.

Audi again looks short of pace compared to its two rivals, but local hero Robin Frijns put his car seventh on the grid ahead of stablemates Nico Muller and Rene Rast.

Completing the top 10 was the BMW of Augusto Farfus.

It was a disastrous session for Mercedes driver Edoardo Mortara, who lies second in the championship – he was 15th after the first runs and slumped to 18th and last by the end of the 20 minutes of running.