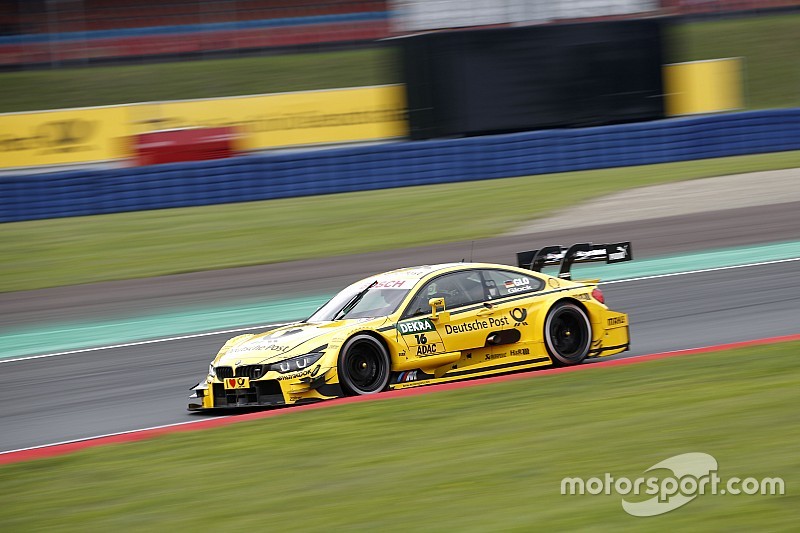 It was the second DTM win for Glock after Hockenheim 2013 and his first podium finish of the 2015 season.

"I had a solid pace and my car was good. For me it was clear that, coming from pole position, I had to build a gap. My target was to get out of the DRS window which I managed to do in the end. Then, I could concentrate on controlling the race," Glock said. "I’m happy for myself and for my team."

A first corner incident involving Nico Muller, Jamie Green and Robert Wickens had left several cars damaged and brought out the safety car for the marshals to clear the track from debris as the field was led through the pitlane.

At the restart on lap five, Wickens’ damaged hood flew off, littering the track with more debris. Again, the safety car had to be deployed for another lap.

From the second restart on lap seven, the race finally got going with pole sitter Glock leading from his BMW teammates Spengler, Felix da Costa and Farfus.

Reigning DTM champion Wittmann chased Wehrlein for fifth, the latter reporting problems with his car’s power steering system via radio. But despite having to work his car’s steering wheel harder than usual, Wehrlein held position.

Former DTM champions Mike Rockenfeller (Audi) and Gary Paffett (Mercedes) were among those who didn't make it to the finish line.

Racing at Oschersleben will resume on Sunday with another qualifying session and a 60-minute race scheduled for 15:00 local time.