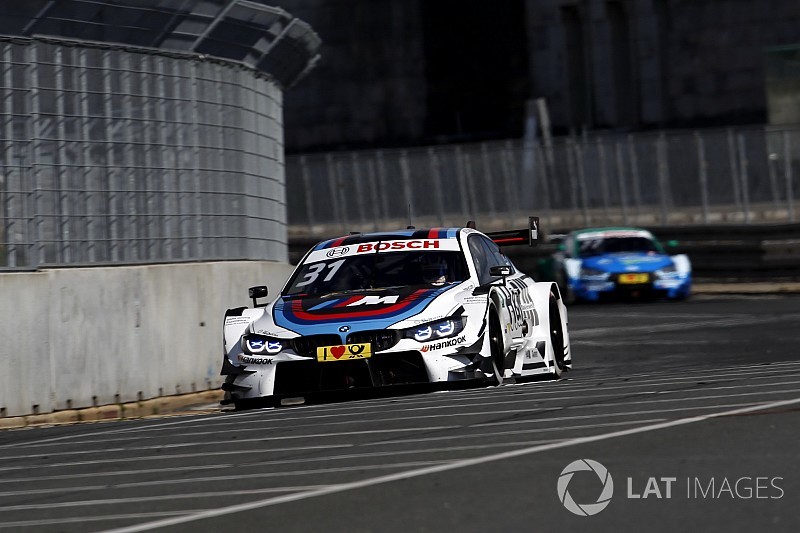 BMW driver Tom Blomqvist grabbed pole position for the second DTM race of the weekend at the Norisring.

The Anglo-Swede, who lies down in 15th place in the standings after a dismal start to the season, emerged on top in his RMR BMW after pole position had changed hands three times within a matter of a seconds in the closing stages of the session.

Blomqvist did enough to pip Mercedes’ Robert Wickens by just 0.004 seconds, with Audi’s Nico Muller ensuring that all three of the DTM’s manufacturers are represented in the leading trio.

Mattias Ekstrom headed the field after the first runs in his Audi from the Mercedes of free-practice pacesetter Lucas Auer.

But neither Ekstrom nor Auer was able to improve after their teams had bolted on their second sets of Hankook tyres.

Spengler will therefore line his BMW up in fourth position, followed by Ekstrom and Auer.

Maxime Martin, second in Saturday’s race for BMW, will start from seventh on the grid, with the Audi of Mike Rockenfeller sharing the fourth row.

The top 10 was completed by Timo Glock’s BMW and the Audi of Rene Rast.