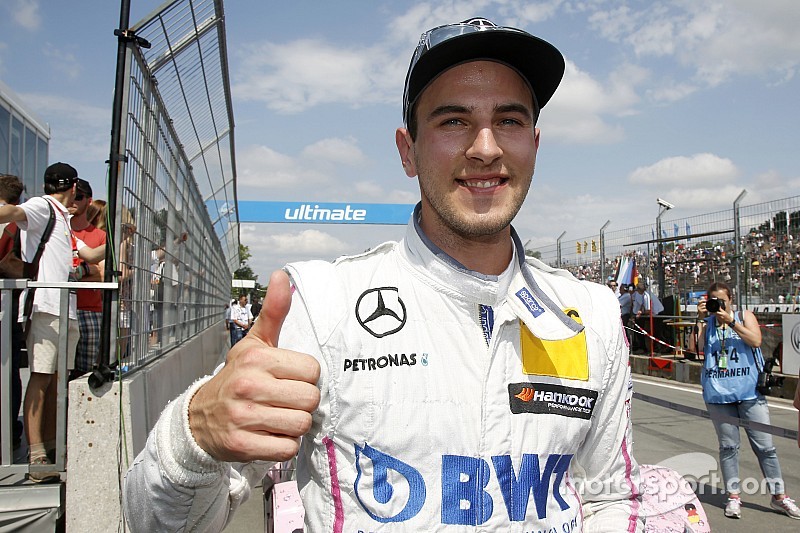 Mercedes driver Christian Vietoris saw off Audi duo Mattias Ekstrom and Jamie Green to claim pole for the Saturday race at the Norisring.

Vietoris, who was also on pole for the Saturday race at the venue last year, established an early lead and would go unmatched until the chequered flag.

At the start of the session, Robert Wickens' best lap from Friday practice was quickly surpassed by Paul di Resta, only for the Canadian to respond by going two tenths clear with a 48.288s.

But that was only the beginning of it - after Wickens improved further to a 48.250s, Vietoris made it 48.226s, only for Ekstrom to disrupt the Mercedes dominance, going six thousandths in the clear.

However, Vietoris improved to first a 48.188s and then a 48.144s, ensuring that he would enter the pits for the mid-session tyre change as the clear leader.

The German did not improve his laptime over the rest of the session, but his existing lap proved enough for pole.

Ekstrom settled for second, with his Audi stablemate Green taking third place, the duo within just half a tenth of Vietoris.

Wickens, who had won two of the three most recent DTM races at the Norisring, settled for fourth, with Bruno Spengler an impressive fifth as the only BMW in the top 10.