The former Yamaha, Ducati and Honda rider has switched to car racing since retiring from MotoGP at the end of the 2019 season and currently competes in the Porsche Carrera Cup Italy, where he secured his first top 10 finish at Vallelunga in September.

After meeting DTM chief Gerhard Berger over coffee on the sidelines of the Qatar Grand Prix earlier this year, the Spaniard got a close look at how the championship is run during the series’ penultimate event at the Red Bull Ring.

Having been impressed with what he saw in Austria, Lorenzo is now open to the idea of making a guest outing in the DTM as he continues to “enjoy” his move from two- to four-wheels.

"I worked as a commentator at the MotoGP race in Spielberg. That's when I met Eddie [Mielke], who has been my friend for a long time and commentates on the DTM," Lorenzo told German broadcaster ran.de.

"I also met Gerhard Berger. They invited me here and I am very happy to get to know this great championship. I've heard a lot of good things about this championship and I wanted to see what it's actually like.

"If Gerhard invited me to a test together with a team, I would do it."

A number of famous names from different disciplines of motorsport have made guest appearances in the DTM in recent years, with Lorenzo’s former teammate Andrea Dovizioso also getting first-hand experience of the championship at the wheel of an Audi RS5 at Hockenheim in 2019.

More recently, nine-time WRC champion Sebastien Loeb made his DTM debut at Portimao as a replacement for Red Bull Ferrari driver Nick Cassidy, who was away on Formula E duty with Envision Racing.

Berger said he would like to see Lorenzo join the DTM grid as a wildcard and is confident the Spaniard can put on an impressive show if he trains well for the race.

"I have it in the back of my mind to see if he could come in for a guest start somewhere,” said the ex-Formula 1 driver.

"After all, we had an absolute superstar [Loeb] at the first race this year. There we saw that someone, if he puts his mind to it, can also cut quite a good figure. I wouldn't put it past Lorenzo either.” 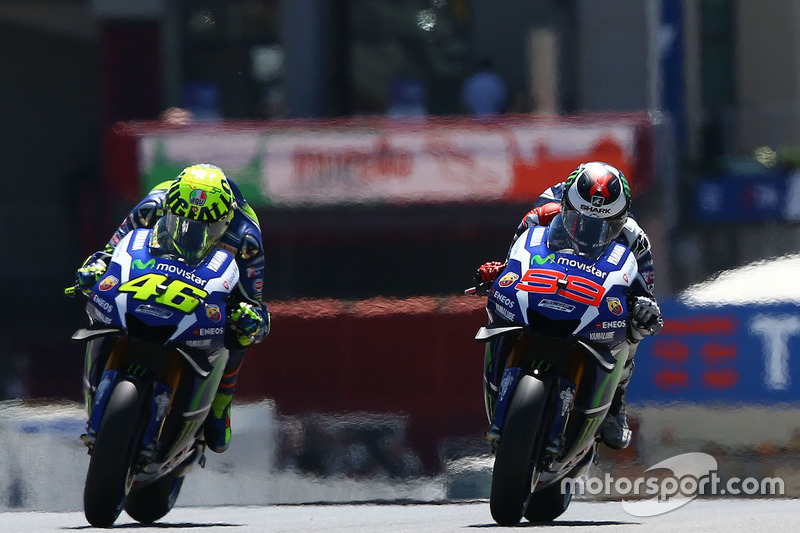 During his 12-year stint in the premier class, Lorenzo engaged in a fierce rivalry with seven-time champion Valentino Rossi, which led to a breakdown in their relationship as they fought to become the top dog at Yamaha during the mid-2010s.

Rossi retired from MotoGP at the end of last season and has likewise completed a full-time switch to car racing, taking part in both legs of GT World Challenge Europe this year with WRT Audi.

Lorenzo says his relationship with Rossi has improved considerably since they stopped competing against each other in MotoGP and would like to reignite his rivalry with the Italian in the DTM in the future.

Asked if he’d be interested in racing against Rossi in the DTM at some point, Lorenzo said: "That would certainly be something very special.

"We have often fought against each other on the bike. And now that we are too old for the bikes, we could continue these battles in the car. Maybe one day, why not?

“My relationship with Vale is much better now that we don't compete against each other. Maybe one day we will meet again on a race track."