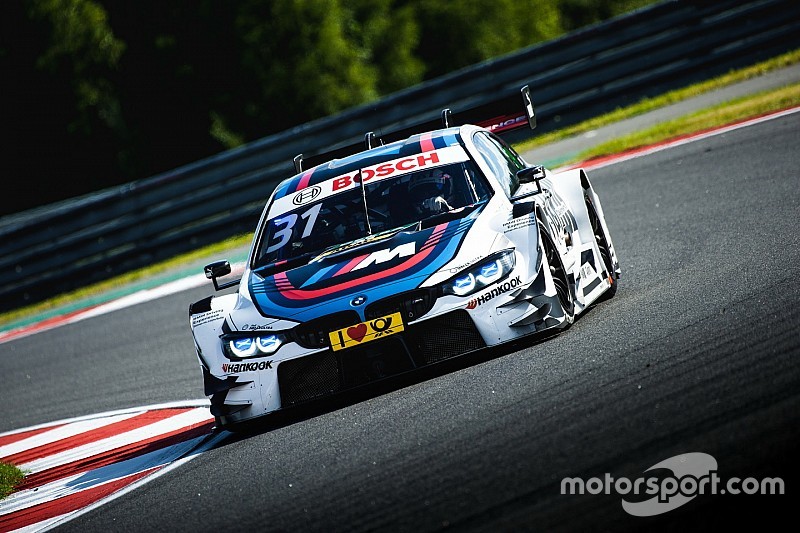 Blomqvist has endured a nightmare campaign in the DTM so far this season, as he sits 15th in the standings and is yet to finish higher than sixth – but Moscow marks already his second pole of 2017, as he'd also topped qualifying at the Norisring.

Mercedes duo Robert Wickens and Gary Paffett set the initial pace in the Sunday session in Moscow, but it was an Audi 1-2-3 at halfway point.

Championship leader Rene Rast had set a 1m27.153s lap, 0.002s quicker than the effort that took him to pole position on Saturday – but he was then demoted to second by Mattias Ekstrom, the Swede posting the first sub-1m27s lap of the weekend.

However, unlike on Saturday, laptime improvements were significant in the second half of the session, with Mercedes driver Paul di Resta briefly going first before being pipped by Rast.

Spengler then looked set for provisional pole as he produced a 1m26.579s effort seconds before the chequered flag, with Ekstrom coming up just 0.003s short.

Ekstrom and Rast will thus make up an all-Audi second row behind Blomqvist and Spengler, with di Resta the lead Mercedes in fifth place.

Loic Duval placed ninth for Audi, with Gary Paffett joining di Resta as the only other Mercedes representative in the top 10.

Jamie Green, who had topped Sunday morning's FP3, was third after the opening runs, but could only finish 11th, despite producing a session-best final sector.

He is also to take a five-place grid penalty in the race, having incurred a third warning of the season for crossing the pit exit line in FP3. 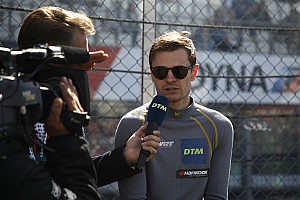