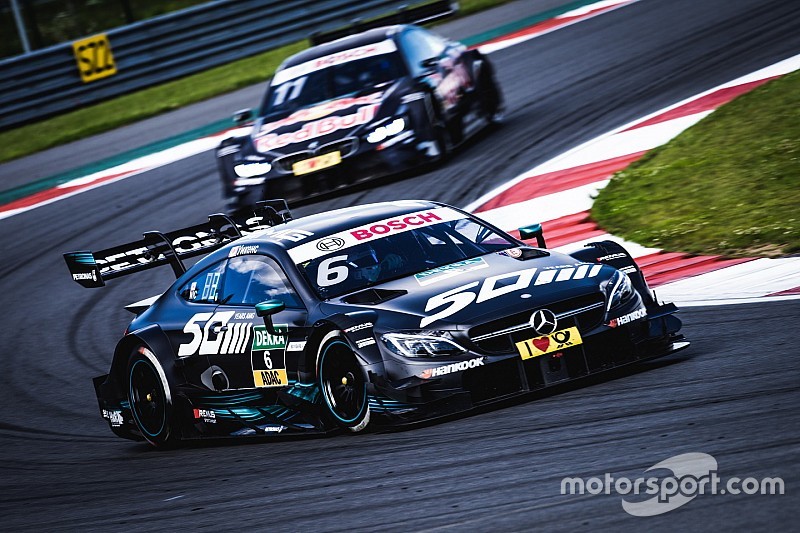 Mercedes has announced it will quit DTM at the end of the 2018 season, as well as confirming a Formula E entry in 2019/20.

The Stuttgart brand has been a core part of DTM since its relaunch in 2000, and its forthcoming departure will leave the German tin-top series with only two manufacturers, BMW and Audi, from 2019.

Mercedes, which first indicated an interest in joining Formula E last October, joins a growing list of companies to commit to an involvement in the burgeoning all-electric series, including its two DTM rivals.

"Our years in the DTM will always be held high as a major chapter in the motorsport history of Mercedes," said Mercedes motorsport boss Toto Wolff.

"I want to thank every team member whose fantastic work has helped to make Mercedes-Benz the most successful DTM manufacturer during that time.

"Although leaving is tough for all of us, we will be doing everything during this season and next to make sure we win as many DTM titles as possible before we go. We owe that to our fans and to ourselves."

Mercedes first joined the modern DTM's predecessor, the Deutsche Tourenwagen Meisterschaft, in 1988, securing its first title with Klaus Ludwig in 1992.

It took further titles with Ludwig in 1994 and Bernd Schneider in 1995 before the category folded at the end of 1996 amid spiralling costs, but resumed winning ways in 2000 when the series was relaunched in its current guise.

The agreement signed by Mercedes and Formula E Holdings late last year was originally for a season five (2018/19) entry, but instead the German auto giant will make its debut in season six.

Wolff explained this was to "give us time to properly understand" Formula E and "prepare for our entry in the right way."

He also reiterated Mercedes' commitment to F1, which was bolstered by a recent extension to its long-standing title sponsorship agreement with Petronas.

"In motorsport like in every other area, we want to be the benchmark in the premium segment and to explore innovative new projects. The combination of Formula 1 and Formula E delivers that," he said.

"Formula E is like an exciting start-up venture: it offers a brand new format, combining racing with a strong event character, in order to promote current and future technologies.

"Electrification is happening in the road car world and Formula E offers manufacturers an interesting platform to bring this technology to a new audience - and to do so with a completely new kind of racing, different to any other series."

It's understood that HWA will run the Mercedes Formula E outfit in season six, and could enter the championship in season five as part of a tie-up with Venturi, which currently runs factory driver Engel.

Reaction from around the world

Formula E CEO Alejandro Agag commented: "Today is a great day as we welcome Mercedes to the Formula E family - adding to the increasing number of manufacturers joining the electric revolution.

"This shows how much the world is changing, not only in motorsport, but the whole automotive industry. We’re witnessing a transformation that will first change our cities, and then our roads.

"Formula E is the championship that embodies that change, and together with all our teams and manufacturers we’ll keep pushing for technologies, to have better and more affordable electric cars.”

“Mercedes-Benz has been competing in motorsport since the very beginning, and in joining this newest chapter of racing history - Formula E - it shows that the vision and concept of the championship is aligned with how manufacturers want to develop electric vehicle technologies, and bring these innovations to audiences around the world.”

DTM organiser, the ITR, stated: “ITR as a promoter of the DTM feels sorry about the plan of Mercedes. We have to respect the decision.

“Mercedes made this announcement with quite a margin to its eventual departure at the end of the 2018 season. Therefore, ITR has the time to analyze the situation and to develop a sustainable concept for the future.”