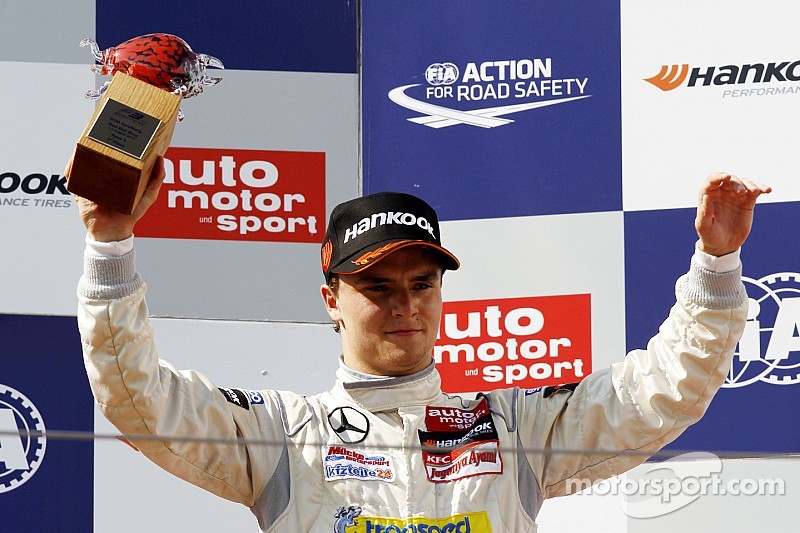 Auer has four victories to his name in F3, and finished second in last year’s prestigious Macau Grand Prix.

“Joining the DTM is an important step in my career,” said Auer. “I’m very proud to be part of the Mercedes family. Testing towards the end of last year in Jerez de la Frontera was a fantastic experience.

“I can’t wait to get back in the car and continue preparations for my DTM debut. I would never have thought it a year ago. I realise that it won’t be an easy task.

“The DTM is a top-class racing series with formidable opponents, but I’m willing to learn and ready to embark on this adventure. I intend to grab this chance at Mercedes‑Benz with both hands.”

Wolff: We give young talent a chance

Mercedes-Benz motorsport chief Toto Wolff added: “Lucas has earned this opportunity with his performance in recent years. Our involvement in Formula 3 has enabled many drivers in the past to show that they are ready for the DTM, including Christian Vietoris and Pascal Wehrlein.

“We are continuing with our philosophy of giving young racing talent a chance to move up to the DTM and it is now apparent that both the Customer Sports Programme [Gotz raced a Mercedes SLS previously] and Formula 3 can lead to that objective.”

Lucas Auer graduates into the DTM