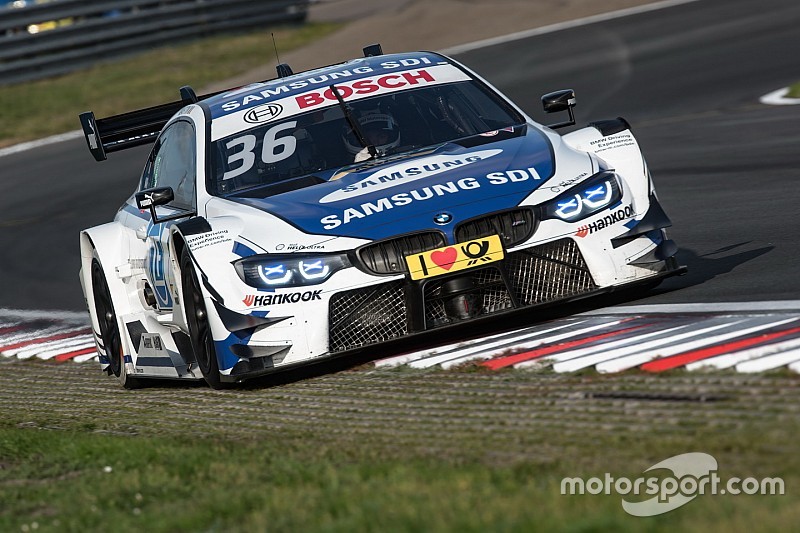 BMW's DTM race winner Maxime Martin has split with the Bavarian manufacturer after five years in its ranks, it has been announced.

The 31-year-old Belgian has been a BMW factory driver since 2013 and has represented the marque in the DTM for the past four seasons.

He finished seventh or eighth overall in all of his campaigns in the German touring car category, winning three races along the way.

Aside from his DTM efforts, Martin has also extensively represented BMW in GT racing – and helped the manufacturer to a Spa 24 Hours win last year.

“It has definitely been a wonderful time with BMW, being there for five years as official BMW works driver,” said Martin.

“The two years before I had already been racing with the Marc VDS Racing Team in a BMW so I have been with the brand for seven years, first in customer racing, then as a works driver.

“We enjoyed really great success together, with wins and podiums in the DTM, the victory at the 24 hours of Spa-Francorchamps as well as second places at the 24 hours at the Nurburgring.”

Martin's exit leaves an empty seat within BMW's six-car DTM line-up, with F3 standout Joel Eriksson a prime candidate to make his category debut with the manufacturer next year.

The Belgian's departure also means he will play no further part in BMW's developing factory WEC programme, having partaken in initial track testing for the M8 GTE Pro.

“I am looking forward to what awaits me but it was a great time with BMW and I want to thank everybody involved in it.”

An announcement on Martin's plans for 2018 onwards is expected in the coming days.